The Bible Isn’t Perfect And It Says So Itself 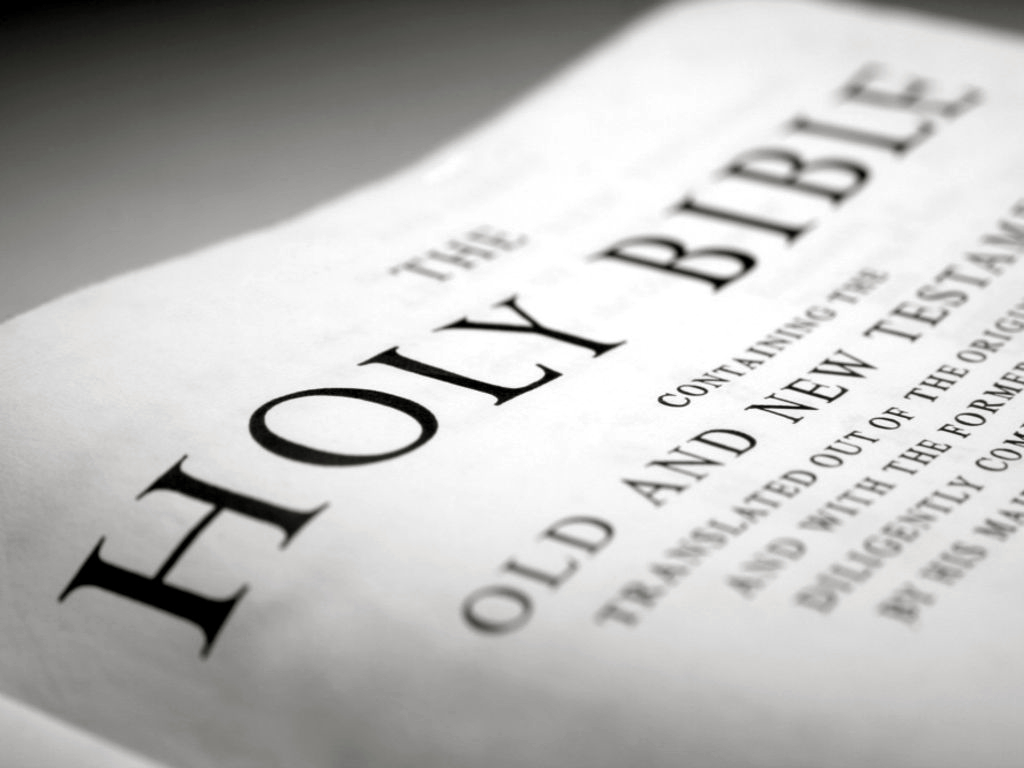 If you blog long enough, someone will eventually call you a heretic.

Say something outside their particular theological tradition and they’ll damn your soul to an eternity in hell as fast as you can click “publish” on your blog post.

My latest accusation of heresy came last week on Twitter. My theological crime?

I don’t believe in Biblical inerrancy.

I tried pointing out to my inquisitor that Biblical inerrancy is a 20th century fundamentalist invention, not something which is actually intrinsic to the Christian tradition, but things like “facts” and church history are but minor inconveniences to the religious zealot.

And sure, establishing your claim as a truer (i.e. “fundamental”) form of Christianity over and against virtually all those who came before you would put you squarely in Joseph Smith and the Latter-Day Saints territory.

But I’m the heretical one here.

Anyway, this post isn’t about the historical problems with affirming Biblical inerrancy. It’s about the lack of faith it takes to do so and what the Bible actually has to say about itself.

That’s right. I said a lack of faith.

But in an ever increasingly post-Christian society, isn’t affirming Biblical inerrancy a bold act of faith?

Faith, as Paul Tillich say, requires an element of doubt. It’s a choice to believe in the face of incomplete, or even imperfect evidence. Inerrancy, on the other hand, is an arrogant claim to certainty in the face of a definitive reality.

And, as Anne Lamott so eloquently points out, “The opposite of faith is not doubt. It’s certainty.”

Biblical inerrancy is certainty grounded in fear and the need for control. Allow for any “error” in the Bible, so the inerrantists claim, and how can you trust any of it? The answer to this supposedly challenging question is actually quite simple.

How do I know this? Because I have a mother.

When I was child my mother told me to look both ways before crossing the road. If I didn’t look both ways, she said, I might not see an oncoming car. If I didn’t see that car and stepped out in front of it bad things would happen, like broken bones, maybe even death.

My mom isn’t perfect. She would be the first one to tell you so. She has several degrees and a lifetime of experience, but she would also tell you she’s not inerrant.

And yet, I can still trust her when she tells me that stepping in front of an oncoming car will have negative consequences for my well-being.

Because inerrancy or “perfection” is not a necessary condition for conveying truth, knowledge, or even trust. While something can’t be completely wrong and still be “true” and “trustworthy,” mistakes don’t render someone or something completely invalid.

This is why the example of my mother is so important here.

As I grew up, I went through that stage that all of us go through when we realize our parents aren’t perfect. No matter how much I wanted her to be perfect, I had to accept the fact that my mother made mistakes and that there were things she was wrong about. But that reality didn’t negate all the true things my mother taught me growing up, like how walking in front of traffic is a terrible idea.

When I became an adult I went from a place of certainty in which I believed my mother was perfect, to a place of faith when I recognized her flaws. Nothing about my mother changed during that time. She still loves me as much as she ever did and I love her just the same. I may ask more questions of her than I did when I was 5, but a lifetime of her love and guidance allows me to continue to put my faith in her that she wants what is best for me, that when she speaks she speaks what she believes to be the truth, and that while I may find some mistakes in what she says or does, that doesn’t mean she suddenly becomes an untrustworthy liar.

In other words, my mom is a lot like the Bible. She’s not perfect, but I can still trust that what she says is true.

You see, it’s ok to believe that Noah’s ark was filled with all the animals on earth when you’re 5 years old, and then change your mind when you realize the physical impossibility of that when you’re adult, but still have faith in that story. Why? Because the truth of Noah’s ark is not found in zoological arrangements. It’s found in the message of a God who watches over and cares for His creation even in the midst of a storm.

And, yes, I said authors.

The simple reality of the Bible is that it was written by people. If you don’t believe me, then I have to question how carefully you’ve actually read it as countless books of the Bible explicitly state their human authorship, i.e. every single one of Paul’s letters just to name a few.

Now this doesn’t mean the Bible is not “God-breathed and useful for teaching, rebuking, correction, and training in righteousness.” It very much is. But “God-breathed” scripture and “inerrant” scripture are two very different things. How do I know?

Because the Bible told me so.

Do you remember the other big moment when we read about something being “God-breathed” in scripture? Sure you do. We find it in the very beginning, in Genesis chapter 2 verse 7 when God took the dust of the ground and breathed life into it to create humanity.

In that moment God breathed something into existence…..which wasn’t perfect. It couldn’t be. It wasn’t God.

(And before you try arguing we were perfect before the Fall, first ask yourself why the forbidden fruit would have been a temptation if we were already perfect. Remember, God called us “good” not perfect.)

Because scripture is also “God-breathed” it means it too isn’t God. Nor does it even come directly from God, but instead it passes through an intermediary. In the beginning, the intermediary between us and God was dirt. God breathed into it and the result was that we were created.

In the case of the Bible, God breathed His truth into the hearts and minds of people and the result was that the Bible was created. But like that ancient dirt that gave birth to us, the people who wrote the Bible, God’s intermediaries, weren’t perfect. Which is why Paul says “For now we see in a mirror dimly, but then face to face; now I know in part, but then I will know fully just as I also have been fully known.”

If Paul believed the Bible, or what parts of it he had, was perfect he would have simply said “We fully know because we have scripture.” But he didn’t because he knew that even with scripture as his source of knowledge that knowledge was imperfect because it was God-breathed not God Himself.

In other words, the God-breathed Bible is just like the God-breathed people who wrote it. It isn’t perfect. And that’s ok because as is the case with our parents, we can still learn important truth from imperfect people.

This is where faith comes in. Faith forces us to rely upon and put our trust in God. Without the need for faith, there is no real need for God, at least not this side of eternity. When Paul spoke of seeing through a mirror dimly, it was a statement of faith that even though his knowledge was only in part and wasn’t perfect, it was sufficient for his salvation, sufficient enough to see him through until Christ’s return. When we take the path of inerrancy the space for this sort of humble faith evaporates and is replaced with an arrogance that claims more certainty than even the Biblical writers themselves were willing to affirm.

Which means when we affirm inerrancy, we reject the need for faith.

When we affirm inerrancy, we ascribe perfection to the creation rather that to the Creator.

When we affirm inerrancy, we create an idol fashioned out of the same need for certainty and control that drove Adam and Eve to snatch divinity away from God.

Now, I’m not naive enough to think that someone who believes in BIblical inerrancy will read this post and suddenly “see the light.”

Our fear and ingrained need for control are not overcome that easily.

So, if you are reading this post and you do affirm Biblical inerrancy, please know that not only are you breaking away from Church tradition, you are also rejecting the imperfection the Bible claims for itself, the very imperfection that is necessary for faith.

You may have certainty and therefore have no need for faith in the Bible.

But the apostle Paul sure needed faith.