Taking A Sabbatical From Church – Part 2 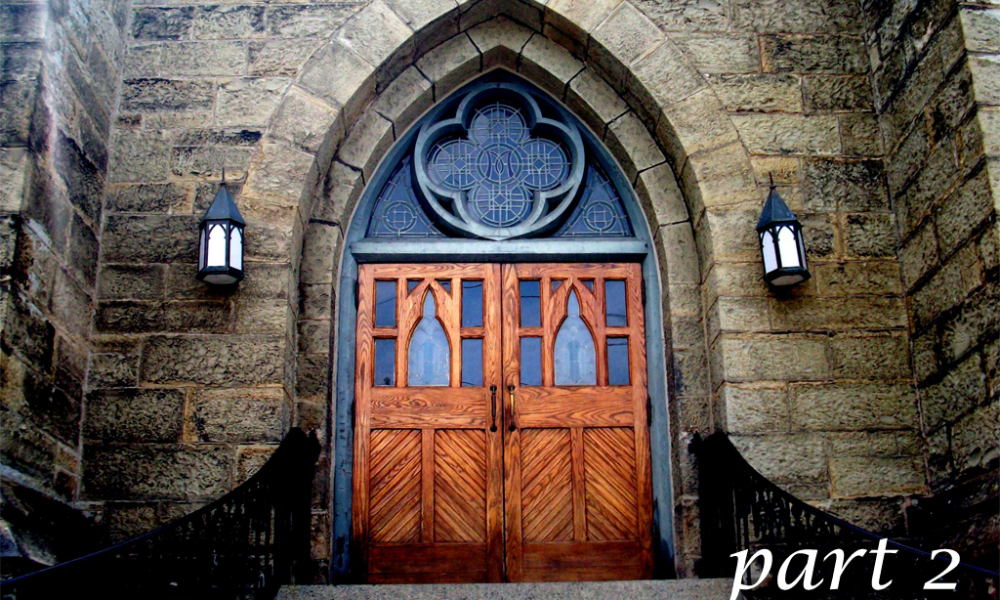 Last week I proposed the idea that lay people should be allowed and encouraged to take a sabbatical from regular church attendance.

Having allowed that idea (along with your feedback ) to marinate in my mind over the weekend, there are several things I thought I would elaborate on from that first post and explore in more depth. Some of these follow up posts will be longer than others, but since “taking a sabbatical from church” isn’t the most conventional of ideas, I think it is important to flesh idea the many idea, issues, and assumptions behind such a proposal.

The first is an underlying assumption behind the post that I did not articulate originally, but should have.

I am convinced that the phenomena of people getting burned out, bored, or frustrated with church, then either abandoning the faith all together or choosing to do something else on their own is a particularly American, or Western phenomena. That’s not to say that we don’t see this happening in other cultures around the world. People everywhere, in every time and in every culture have struggled with their faith. But the luxury of the freedom of religion coupled with a gluttony of ecclesiastical choices creates a spoiled and consumeristic atmosphere in which choosing which church to belong to or whether or not attending church is even something you want to do as “part of your faith” is a luxury that many Christians around the world simply cannot afford.

For many of our brothers and sisters in the faith, attending church is something which they must risk their life for. Driven “underground” by oppressive regimes hostile to Christianity, these Christians overcome their fear of imprisonment and possible death in order to fellowship with other believers. Going to church for these Christians isn’t something they “have to do” every week. It’s something they’re willing to put their lives on the line for because they view the opportunity to fellowship with other believers as one of those moments in which the veil which separates heaven and earth is torn apart as the kingdom of God grabs a foothold in the here and now.

That is not to say that the rest of us are lesser Christians or somehow unjustified in our ecclesiastical burn out.

The freedom of religion which we enjoy in the United States is a double edged sword. It allows us almost unlimited opportunities to practice our faith together. As we should, we exploit this freedom. Sometimes, though, I think we exploit that freedom a bit too much.

I don’t meant that we shouldn’t take advantage of every opportunity we can to fellowship with other Christians, particularly if it is true that in those moments we experience kingdom life in the here and now. We should exploit that freedom. However, I’m not sure having church programming almost every night of the week is the type of healthy Christian fellowship the Bible calls us to. Nor do I think that the modern obsession with program driven church is particularly Christian.

Personally, I find ironic that in our zeal to “get back to the good ole days” of the early church by modeling everything we do off of the New Testament’s account of how the first Christians did church, we somehow miss the fact that the early church usually only got together once a week. We on the other hand, feel it necessary to have “church” every Sunday morning (after Sunday School of course), then again on Sunday night, then once more on Wednesday night, and of course no Christian week would be complete without a fellowship activity and possibly an additional Tuesday night prayer meeting just so we make sure we have all of our “Am I A True Christian” boxes checked.

It’s enough to burn out anyone, including the early church.

Now, I am not saying that any of those things are intrinsically bad. Some of them, most of them, are very good things. However, I think that our over emphasis on programming has resulted in people who do a great job being the church inside the four walls of their local parish, but who forget how (or barely even have the opporunity) to be the church in the place where the church is needed the most: the rest of the world.

This is one of the primary reasons that I think it would be good for all of us to take a sabbatical from regular church attendance. Not so that we can have a lazy vacation and ensure we don’t miss kickoff on Sunday afternoons, but so that we can rediscover what it means to be the church in and for the world. Christ did not intend for his body to retrench from the world, shutting itself off from society as it awaits the Second Coming. Christ gave the world the church as a gift, very much in the same way that he gave himself for all mankind. We are called, like our Saviour, to love, serve, and care for all of creation as the vehicle through which all people are drawn back to their Creator.

Certainly there are many times in which we fail at that mission, but perhaps it is because of that failure that we need a sabbatical from church programming in order to rediscover what it means to truely be the Body of Christ in and for the world.