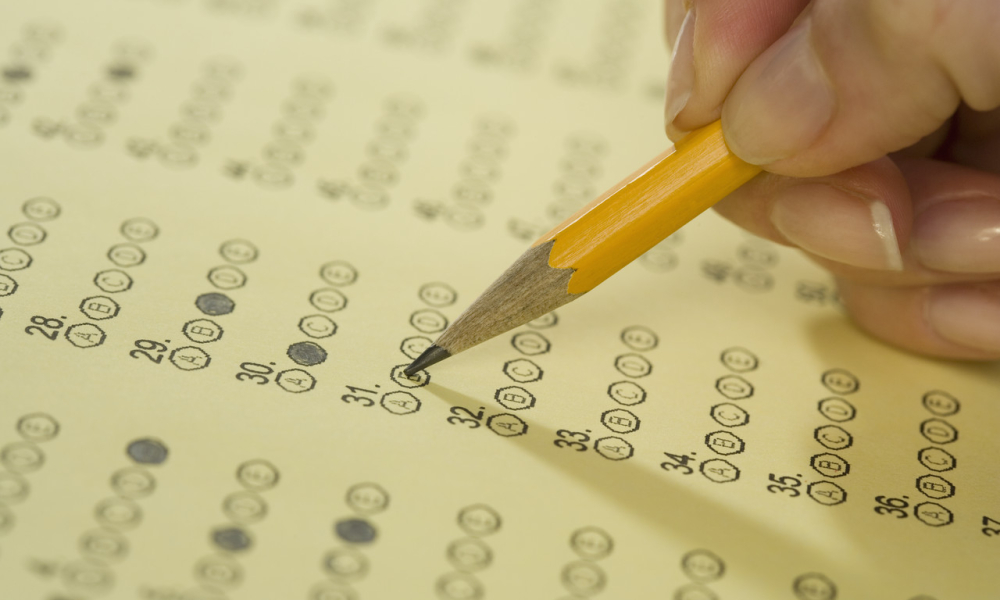 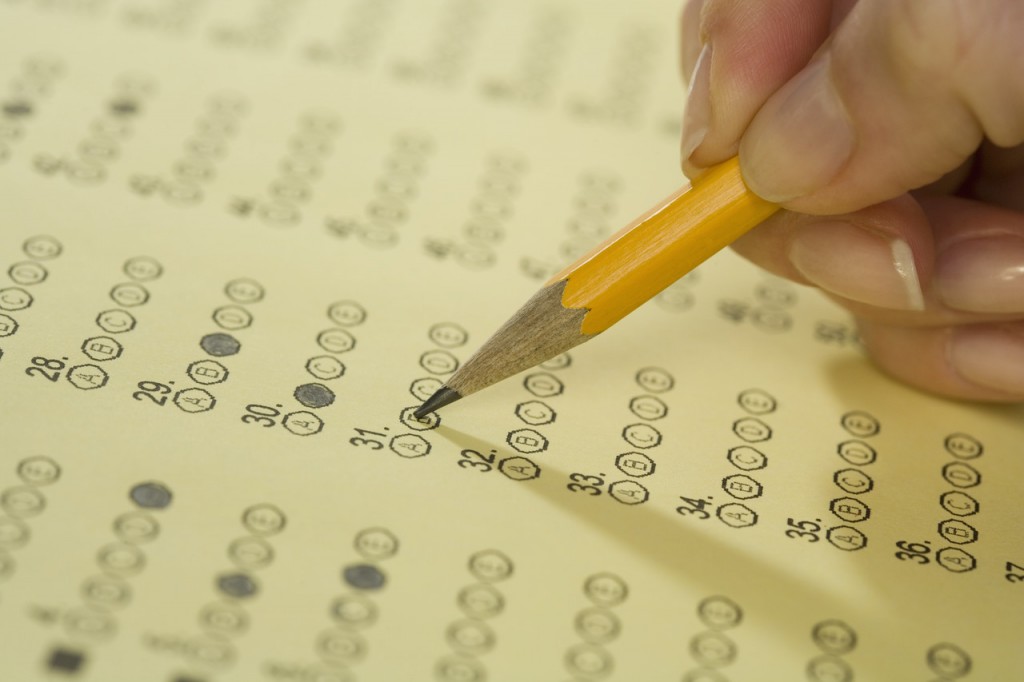 When I was a teenager in my church’s youth group, going on a mission trip meant we had a lot of time to pass on the bus ride over to wherever it was we were going.

There’s only so many movies you can watch or songs you can sing along to before you get bored. When that would happen we often turned to riddles to pass the time.

We weren’t very creative. We usually came back to the same handful of riddles on every trip. Fortunately, the time in between those trips allowed us to forget the answers to most of those riddles and enjoy the challenge of solving them once more.

One of the first riddles that always came up was one I’m sure most of you are probably familiar with.

It involves a son and his father. The two of them are involved in a horrific car accident. The father is killed and the son is rushed to the emergency room. Once there, the surgeon refuses to work on him saying, “I can’t operate on this boy – he’s my son!”

The question then becomes, if the father is dead who could the surgeon possibly be?

The answer, of course, is his mother.

The reason this riddle “works” is twofold. One the one hand, it plays to our latent misogyny. Whether we want to admit it or not, many of us (including some women) think that there are some jobs women just shouldn’t or couldn’t do.

The other reason this riddle “works” is that we tend to think of things in bifurcated terms. Something is either this or that, right or wrong, black or white, yes or no, “A” or “B”.

It is our bifurcated thinking that allows a video with the absurd premise “Why I hate religion, but love Jesus” to go viral. It is this same mentality that  fuels the partisan politics that so often bring our government to a screeching halt. And of course, it is bifurcated thinking that feeds many of the ruthless and relentless theological battles in the church.

As Christians, we have become a people obsessed with having all the “right” answers and an exclusive claim on truth. Since at least the rise of fundamentalism some 200 years ago, the driving focus of so many of us in the church seems to be drawing lines in the sand to determine who is right and who is wrong. We want to be able to tell the “real” Christians from the “wolves” out to deceive the sheep through “false teaching.”

No doubt there are teachers and preachers out there leading people astray. But I’m not sure they are as abundant as celebrity preachers, books, Christian television, and discernment ministries would have us believe.

Rather, I think the bigger problem we face is that sometimes, many even a lot of the time, the answers to the questions we ask aren’t as simple as choosing being option A or option B. Sometimes, I think a lot of times, the “answer” is actually A, B, and C.

Take, for example, the aforementioned riddle. If we ask “who is the surgeon” the answer isn’t quite as straight forward as it might seem. Yes she is the boy’s mother, but she’s also a wife, a daughter, perhaps a sister, she’s an employee, maybe a homeowner, perhaps she’s a Christian or maybe an atheist. Choosing to answer that question with any one of those answers is not “wrong” because the question can be answered “correctly” with a variety of responses.

Likewise, ask a kindergartner what color the sky is and they’re likely to answer “blue.” But if they said red, orange, purple, yellow, pink, or black they wouldn’t be wrong either. At sunset the sky explodes with color and at night it goes as dark as pitch.

We often think of medical treatment simply being the practice of matching the right drug to the right ailment. In reality, there are any number of treatments for a single disease. A doctor must account for dozens of factors in deciding which drug to prescribe and even then there are multiple “correct” drugs which the doctor can choose from.

If you were to ignore the talking political heads on television and instead attend a freshmen level course in global politics, you would realize very quickly how many different “answers” and solutions are needed for each of the world’s problems.

And of course there is the ultimate question, who is God? We can call God Father, Son, and Spirit. We can talk about God being love or justice or grace. We can say that God is eternal. We can list a bunch of words that begin with “omni”. All of these are correct and, in fact, to answer with just one of them would actually be more “wrong” than “right.”

Not surprisingly then, the Bible is full of multiple answers to many of the questions we ask.

How did God create everything? Genesis gives us 2 different accounts.

What happened on Easter morning? Each gospel writer gives us a slightly different version of the story.

How are we saved? In the Old Testament a sacrifice was required for atonement. In the New Testament, Jesus atones for our sins, but did he accomplish that by paying a ransom or was it as a penal substitution or by being a new Adam or perhaps it was simply his willingness to empty himself of the fundamental human condition: putting ourselves in the place of God?

Why does God allow evil? You can get a different answer for that one in just about every book of the Bible.

Theses questions are obviously just the tip of the iceberg. However, the notion that every question has a yes or no, “A” or “B” answer is the basis for a dangerous, unhealthy, and not particularly Christian version of Christianity called fundamentalism. Even though the fundamentalist will claim that their focus is the gospel and winning people to Jesus, that gospel is the “good news” of believing the right things and the winning of souls happens when the “lost” finally accept the right answers.

Now, lest the fundamentalist defender of the “true” faith convince otherwise, the options here are not “objective truth” and “everything is relative.” Having multiple answers for a single questions doesn’t mean that there are not some things which can only be understood one way or another. For example, as Paul pointed out, if the resurrection of Jesus wasn’t a literal, physical, bodily resurrection, then we are the biggest of fools. We can have both single answer questions and multiple answer questions. However, when appropriate (which is more often than not), allowing for different theological interpretations gives us a healthier way to discuss unnecessarily divisive issues like evolution and creation or the role of women in the church.

So, why is any of this important?

At the most basic level, the existence of a multiplicity of answers to a given question, particularly a question of faith, should be a caution to all of us about being too dogmatic. If the gospels’ accounts of Jesus ministry agree about anything, it’s that Jesus was constantly pushing back, if not altogether rejecting, the dogmatism that the Pharisees and Sadducees were constantly trying to force him to affirm. Too often we play the role of modern day Pharisees and Sadducees by mix up the gospel message of the kingdom of God being established on earth as it is in heaven, with a call to make sure we’re “right” about everything and everyone else is proven wrong. The gospel is good news to the poor, not the misinformed.

If instead of turning the Bible into a question and answer book, we can learn to make space in our theology to allow for more than one answer to the questions we ask, we may just find ourselves being more authentically “Christian”. In doing so, we will actually be more in line with the Biblical narrative as well as the history of the Church which speaks with a multiplicity of voices and opinions on nearly every subject. Additionally, and perhaps most importantly for our global generation, embracing the Bible’s approach of multiple answers will allow us to address an ever increasingly connected and complex world with much needed intellectual integrity, honesty, and compassion.

Ultimately, of course, this should make us less arrogant by reminding us that we don’t have everything figured out. There is nothing more destructive to the body of Christ then when one member tells the rest of the body “We’re the only true Christians here. Join with us or go to hell.” It was this very thing that Paul warned the church about when he said that one part of the body cannot say to another part “I don’t need you.” For, without the rest of the body, that part would die.

If we could instead find a way to celebrate our diversity and allow the Spirit to be the tie that binds us rather than theological conformity, then perhaps we could learn how to become more humble, and in the process, more Christ-like.

If Matthew 25 teaches us anything, it’s that at the end of the day Christianity isn’t about having all the right answers. It’s about being in relationship with our Creator and embodying that loving relationship to the world. The fact that each of us are different combined with the incredible diversity of the encounters we will have as we incarnate the love of God to the world means that the faith is not as nice as neat as we would like to pretend that it is. If we could learn to embrace this fact, rather than pretending it doesn’t exist and subsequently drawing artificial lines in the sand, then perhaps we wouldn’t “need” so many different denominations and churches.

If that could happen, then perhaps we could actually become the people of God, rather than a bunch of isolated individuals who just happen to worship the same carpenter from Nazareth.