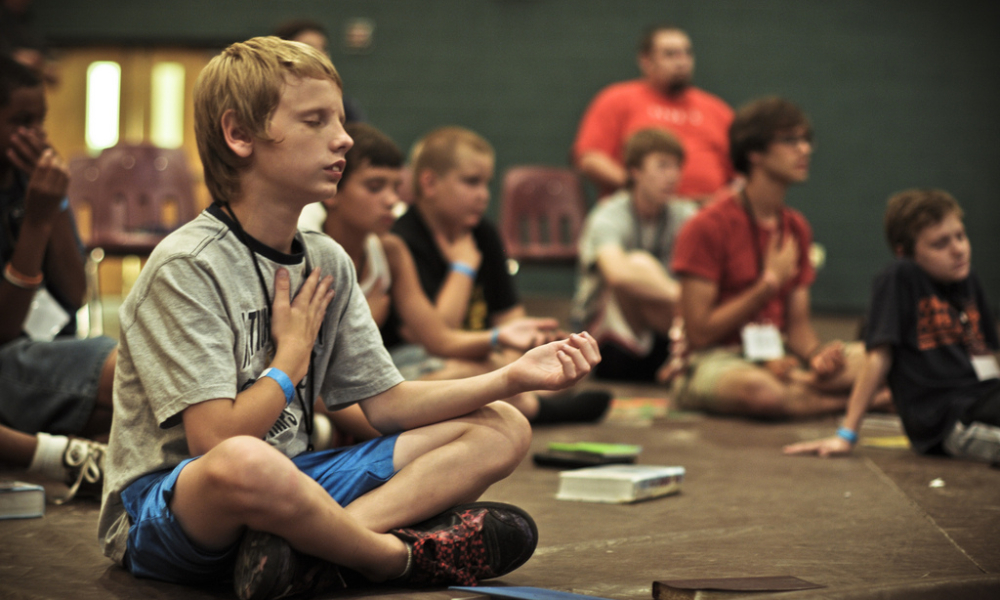 So, if the people behind Jesus Camp are looking to make a sequel, I think we may have found their source material.

Introducing Signs & Wonders Camp. It’s brought to you by the people at the other IHOP. You know, the International House of Prayer.

Like any other church camp, this camp is full of frivolity, fun, games, and worship, but unlike most other children’s camps this one has an additional, shall we say “non-traditional”, element.

Campers will learn how to perform miracles.

As I watched this video for the first time, I thought for the first couple of minutes “Seems like a pretty generic, evangelical children’s camp.”

Then around the 2:00 min mark, things took a turn for the, um, interesting.

Apparently, after teaching the elementary school children how to perform miracles, the camp then brings in sick people from the community around the camp and has the children test out their new found healing powers on the strangers.

Now, I’m not saying that God can’t or doesn’t perform miracles. Of course God can do the miraculous and I think that God does indeed continue to perform the miraculous in all sorts of ways.

However, apart from the fact that I find the idea of turning a children’s camp into a training and proving ground for the “miraculous”, this sort of thing bothers me for several reasons.

For starters, it frustrates me to no end that whenever I cast my doubt on the miraculous claims I hear about cancer being cured or the crippled rediscovering the ability to walk after being touched by a traveling evangelist, I am then accused of “doubting” or “limiting” God.

My suspicion of people like Benny Hinn or even those behind this camp stems not from a lack of faith in God, but a serious lack of faith in those claiming to be able to perform the miraculous. Too often, they have been exposed as charlatans, taking advantage of and exploiting those in need for their own gain. Certainly there are those, perhaps like the people behind this camp, that aren’t exploiting the needy. But that doesn’t lessen my suspicions.

Furthermore, emotions and perception are powerful things. Sugar pills can heal if the people taking them believe they are actual medicine. Likewise, when emotions run high in a religious setting, our perception of what is happening can be easily and powerfully skewed. So, if I doubt, it is man that I doubt, not God.

Secondly, there is a fundamental problem in the premise of this camp and the contemporary Pentecostal approach to spritiual gifts.

The gifts of the Spirit are just that.

They are given to some and therefore by definition they cannot be taught, let alone be doled out with the price of admission at church camp.

Whatever spiritual gifts we are given can and should be developed, but there seems to this mentality among those behind camps like this that real Christianity or living a full Christian life requires a believer to demonstrate, not just spiritual gifts in general, but a handful of specific spiritual gifts, namely healing and tongue speaking.

That simply is not the case and, in fact, is something Paul himself would have been very much opposed to.

In the few places (and you can count them on one hand) that the apostle does speak about these sorts of miraculous gifts, he does does with great caution and trepidation, making sure to point out that all of us are given different gifts, none of us should strive to perform gifts we have not been given, and the greatest gift of the Spirit are not miracles or “secret prayer languages” (a notion found nowhere in scripture). The greatest gift of the Spirit is love and that gift doesn’t require paying admission to a training camp.

Finally, and perhaps most importantly, the contemporary charismatic movement too often, but certainly now always, puts the emphasis of the gospel in the wrong place.

Jesus did come, nor did he give us his Spirit, so that we could perform magic tricks.

Jesus came so that all of creation could be saved, redeemed, and reclaimed for the kingdom of God. Our participation in this divine drama is not found primarily in the expression of charismatic gifts. It’s found in our willingness to be God’s hands and feet in the world, through whom the love, grace, forgiveness, and compassion of Jesus are incarnated to a lost and dying world.

That is where the real miracles take place.

Not in the highly orchestrated confines of a “revival” service, but in the unexpected, everyday moments of life when we have the chance to transform lives in very much the same way that Jesus transformed ours.

If for you speaking in tongues and the laying on of hands are a critical part of that life, then fine. But as you do those things, please remember these words from Paul,

“If I speak in the tongues of men or of angels, but do not have love, I am only a resounding gong or a clanging cymbal. If I have the gift of prophecy and can fathom all
mysteries and all knowledge, and if I have a faith that can move mountains, but do not have love, I am nothing. If I give all I possess to the poor and give over my body to hardship that I may boast, but do not have love, I gain nothing….But where there are prophecies, they will cease; where there are tongues, they will be stilled; where there is knowledge, it will pass away. For we know in part and we prophesy in part, but when completeness comes, what is in part disappears. When I was a child, I talked like a child, I thought like a child, I reasoned like a child. When I became a man, I put the ways of childhood behind me. For now we see only a reflection as in a mirror; then we shall see face to face. Now I know in part; then I shall know fully, even as I am fully known. And now these three remain: faith, hope and love. But the greatest of these is love.”