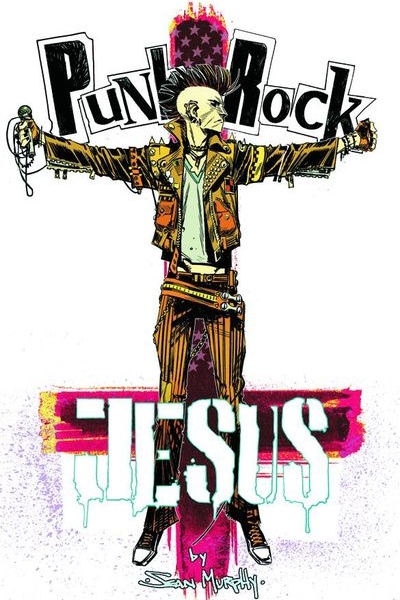 In case you don’t remember, the series was based on this premise,

The book covers 14 years in the life of Chris, who is born out of a modern-day equivalent to the immaculate conception: Pieces of DNA are scraped off the Shroud of Turin, fused with an egg and are inserted into a virgin girl found via nationwide audition.

Well, it seems that the punk rock Jesus is wrapping up his world (salvation?) tour with an epic final show in Jerusalem.

Here’s the actual description for the final installment,

In this thrilling conclusion to the acclaimed miniseries, Chris and the Flak Jackets head to Jerusalem, the last stop on their world tour. But in this final concert, will the punk messiah rise above the protests from the world’s three major religions, or will he take matters into his own hands?

If this quasi-blasphemous comic sounds like your cup of tea, then you can follow this link and pick up a copy for yourself.