Problems With The Church Treasurer? Try Using A Gun 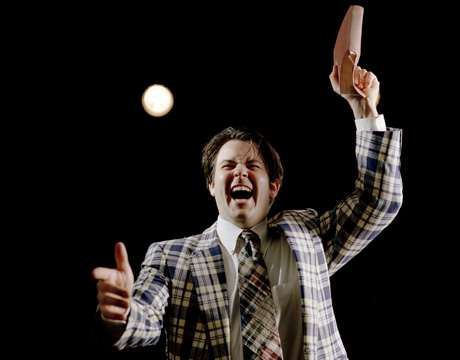 As it turns out, we Americans aren’t the only ones who like using guns to solve our problems.

Nigeria: Pastor Pulls Out Gun On Church Accountant in Benue

BY PETER DURU, ALL AFRICA

Makurdi — THE Benue State Police Command, yesterday, arrested the pastor of a new generation church in Katsina-Ala (names withheld) for illegal possession of fire arms and assault on the church’s accountant.

Vanguard gathered from sources that the pastor was apprehended with the firearm by men of the Benue State Special Anti Robbery Squad, SARS, in Katsina-Ala where he allegedly tried to kill the accountant of the church, Mr. Philip Toryila, during a serious disagreement over money.

According to our source,”the incident occurred on Tuesday evening when the pastor ordered the church accountant to handover church monies to him for execution of a project and he refused.

“The refusal of the accountant angered the pastor who engaged him in a fracas and in the process pulled out a gun on the accountant.

“In the process, the accountant shouted for help which attracted the attention of another church official who alerted the police and they quickly drafted some armed men of the squad to the place and arrested the pastor.”

The source added that “the accountant sustained a major facial injury and other parts of his body and was quickly rushed to a private hospital in Katsina-Ala where is now receiving treatment.”