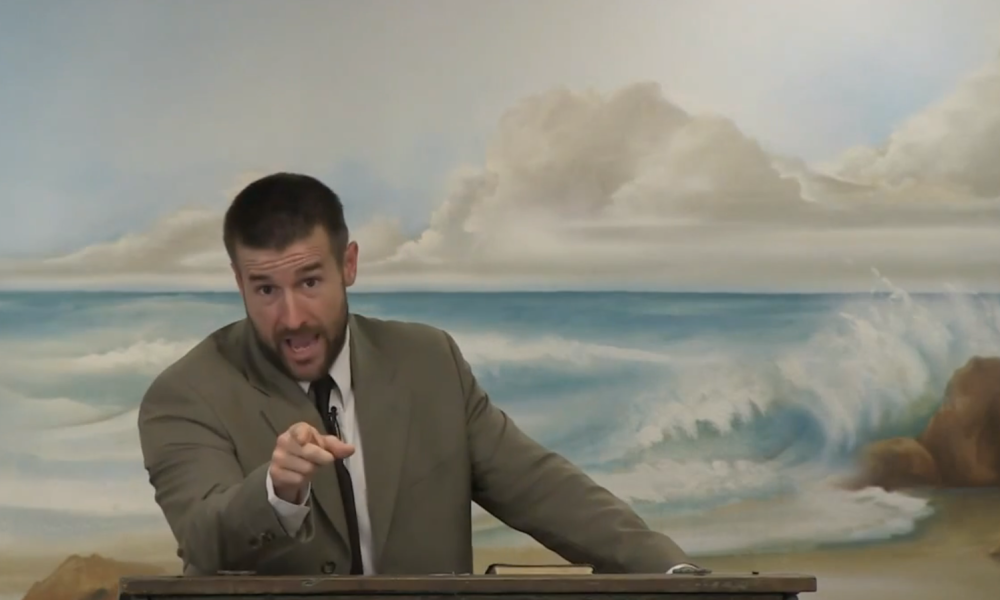 Pastor Steven Anderson has a long and well established reputation for bringing the crazy in the desert.

Ridiculousness is essentially his spiritual gift.

In his latest sermon, entitled The Jews and Their Lies (and perhaps inspired by Martin Luther?), Anderson exposes what he calls “the lies of the Jews.” It’s part of an even more alarming effort to release a “documentary” entitled Marching To Zion in which Anderson will presumedly continue his Nazi propaganda.

Among the lies Anderson seeks to expose?

That Jews don’t actually believe in the Torah.

You know, the core books of their faith – Genesis, Exodus, Leviticus, Numbers, and Deuteronomy.

His rationale – if you can call it that – is that if you don’t believe Jesus was/is the Messiah, then you’re a liar.

I think it’s safe to say that Anderson understands what the word “liar” means.

But while there’s part of me that just wants to laugh at Anderson’s fundamentalist ridiculousness – and bizarre understanding of what it means to be a liar – this new(?) embrace of anti-semitism is simply repugnant and should be denounced by Christians everywhere.

Because no matter how many Bible verses he quotes, it’s not biblical theology he’s preaching.

Now, I know it’s too much to expect this to be the beginning of the end of his less than illustrious YouTube preaching career.

But a boy can dream, right?