Pastor: ‘Punch The Gay Out Of Your Kids’ 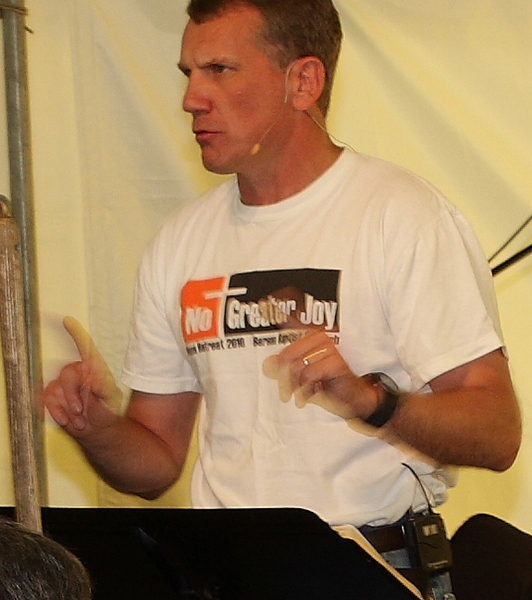 According to the senior pastor at Berean Baptist Church in Fayettville, NC, Sean Harris, if parents notice what they perceive to be homosexual tendencies in their children, they should punch them and that will somehow “knock the gay out of them”. [my paraphrase]

This pastor has since claimed that he was just kidding.

I’ve cracked my fair share of jokes during sermons.

Most of them fall flat. A few get laughs.

Personally, I find it incredibly difficult to believe that this guy was setting up a joke by screaming and ranting at his congregation. But just for the sake of the argument let’s say he was.

Regardless of where you come down on any given issue, advocating violence (and let me be clear, I don’t buy for a second that he was “joking”) is never appropriate. When it comes from a pastor who’s supposed to be speaking on behalf of Jesus, it’s just disgraceful.