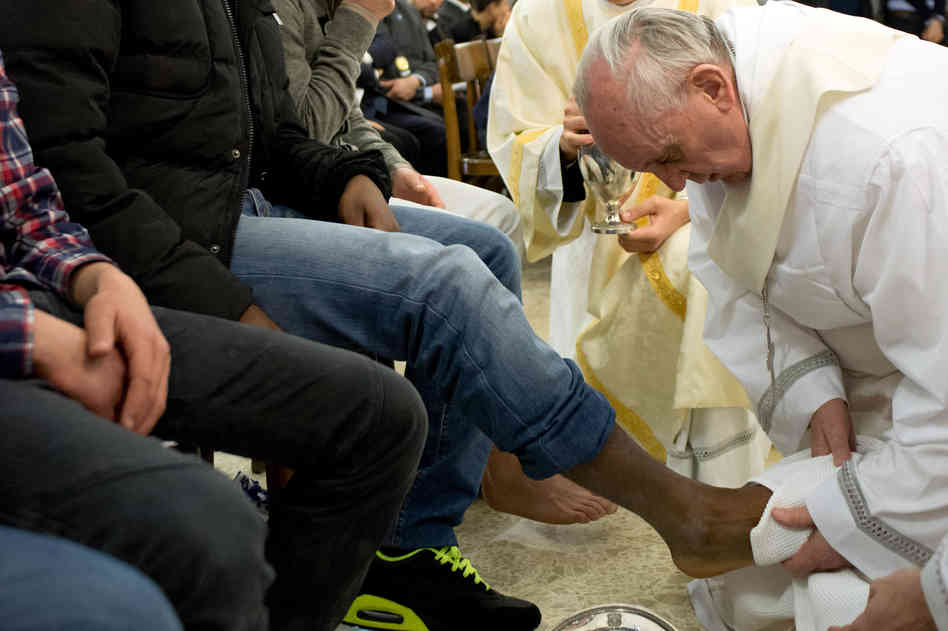 There’s been a rather strange thing going throughout the church recently.

Protestants have come out in droves to express there admiration and even love for a pope.

Now, if you know anything about church history, you know this sort of thing just isn’t supposed to happen. After all, the rejection of papal authority was a central issue for Martin Luther and his fellow reformers. And it wasn’t just an ideological disagreement.

They branded the pope the antichrist.

That same sort of anti-Catholic vitriol is still blindly spewed by many protestants today as if hating the pope was required for church membership.

Which is what makes the outpouring of support for Pope Francis so strange.

It’s almost as if Pope Francis is pressing the reset button, not just on the formality of the papacy, but the church itself and what it means to really be a follower of Jesus.

From his decision not to wear the papal cape at his unveiling, to holding a Holy Thursday service in a prison rather than a basilica, to paying his own hotel bill and avoiding the luxury of the papal apartment, to his most audacious act so far – washing the feet of two girls, one of whom was Muslim – this pope seems to be doing everything he can to, well, be like Jesus.

Not surprisingly, just like Jesus, there are plenty of naysayers and critics who value tradition nearly as much as they do God who are quite upset about this new pope’s actions.

They’ve accused him, among other things, of having a “militant humility.”

Let that phrase wash over you for a moment.

It sounds at first like an oxymoron. Maybe it is. After all, being militant and being humble seem juxtaposed to one another.

But if we understand “militant”in the sense of being “aggressively active” then “militant humility” is the perfect description not only of Pope Francis’ actions so far, but the sort of life all of us who claim to be followers of Jesus should living.

If we could find the militant humility to do those sorts of things, I think we would find the world around us transformed into nothing short of the kingdom of heaven on earth.

Now, I’m not naive enough to believe this papal honeymoon period will last forever or that it will cure the Roman Catholic Church of all the ills she’s been struggling to overcome in recent years.

But Pope Francis’ actions so far have been a beautiful example of what the church and should be.

Moreover, Pope Francis’ example gives me hope for the future of the church, both Catholic and otherwise.

If we Protestants can find the humility to learn from the humbleness of a pope, the possibilities for what the church could be and what she could accomplish are limitless.

For if, if we can learn to have the sort of militant humility that refuses to be held back by needless tradition, that courageously steps across manmade boundaries, and which loves and embraces regardless of who that person may be, what they’ve done, or what they believe, then maybe, just maybe we can become the people of God we have been called to be in and for the world.