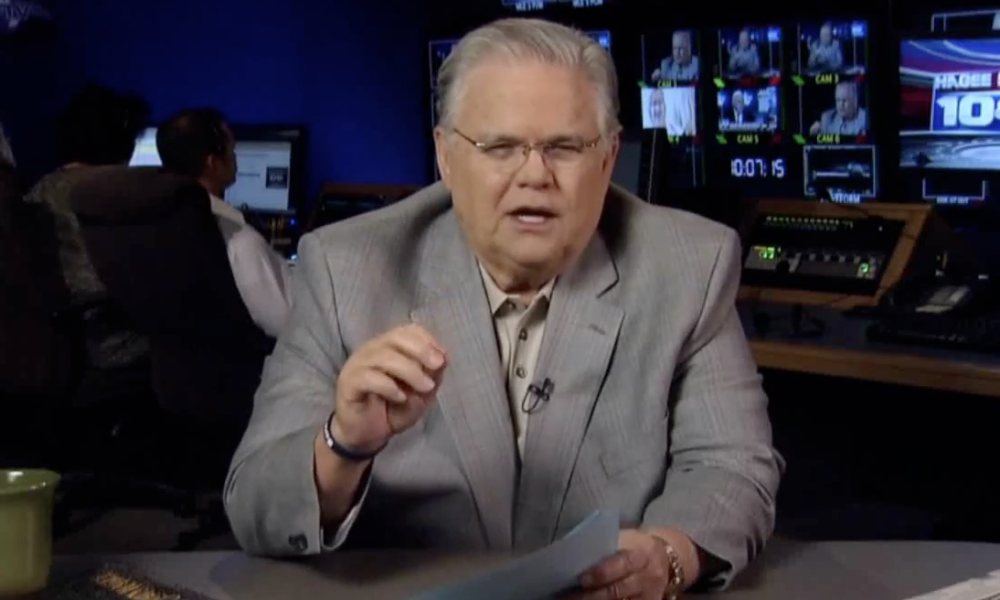 Hagee rattles off the normal list of political sins: gay marriage, abortion, and socialism. But it seems to be that last one that really sticks in his crawl.

Sure, the early church may have sold all their possessions and shared everything in common, but if anyone messes with John Hagee’s 401K they will apparently have hell to pay.

Is it just me or are these sorts of political preachers finally beginning to lose some steam?

Obviously, their rhetoric is as bombastic as ever, but I don’t think as many people are listening.

At least, that’s what the election seems to indicate.

Romney didn’t lose because evangelicals are now a minority in America and no longer have the numbers to sway an election.

Romney lost because evangelicals voted for the other guy.

In other words, evangelicals stopped listening to the never ending parade of chicken little sermons about the fall of America and the impending judgment of God if they didn’t vote for the right candidate.

Sure those guys and their followers are still around and probably always be around, but I think we may be witnessing a beginning of a decline in their influence.