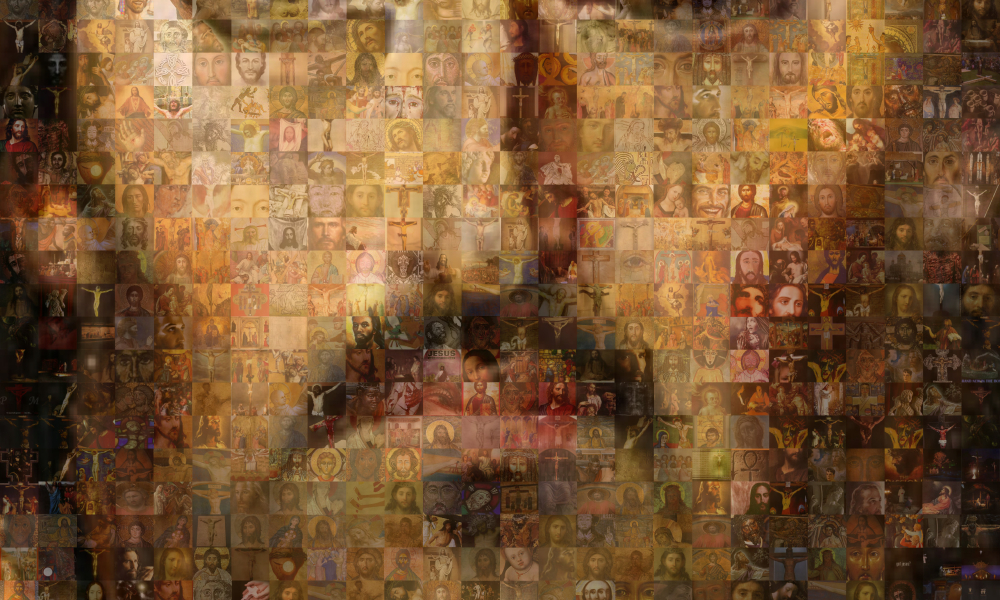 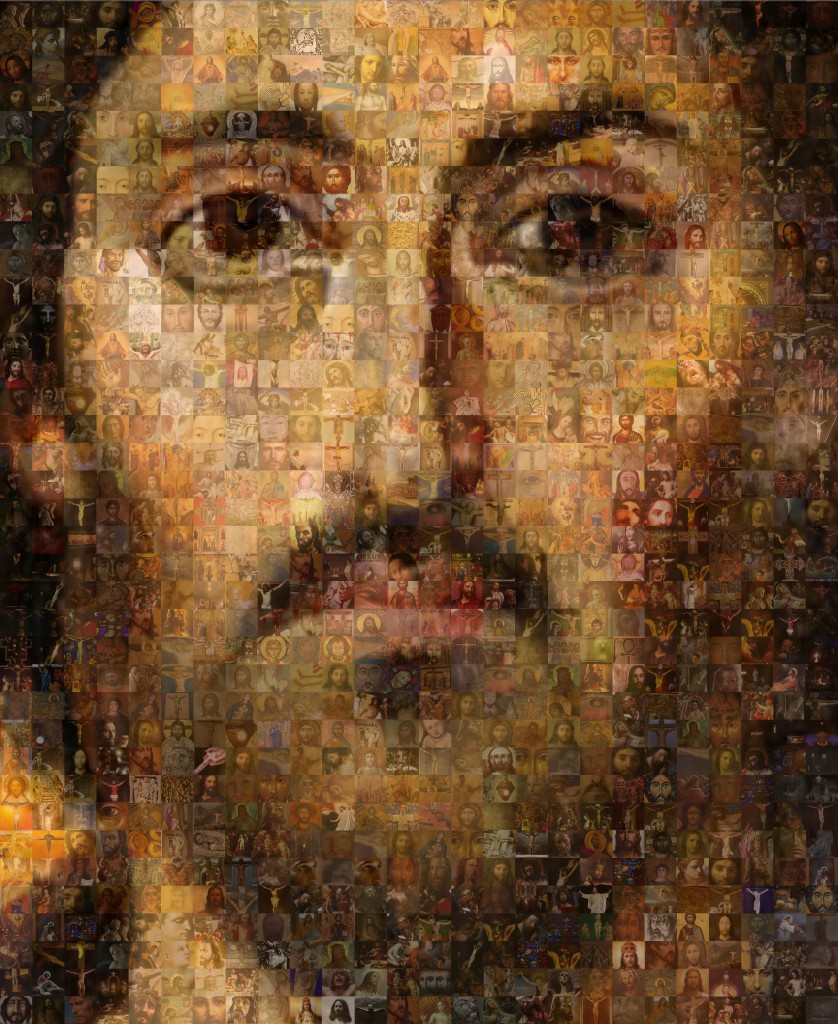 I especially love school when what you learn there reshapes how you look at things.

That happened yesterday in my Judaism in the Time of Jesus class, which is taught by the great Old Testament scholar John Collins.

The class focuses on what is called Second Temple Judaism, the sort of Judaism, as the class title reveals, which Jesus practiced. While the class focuses primarily on Jewish issues and not Jesus himself, I signed up, like I’m sure several of my classmates did, because I hoped to get a fuller picture of the world Jesus lived and taught in so that by doing so I could put the gospels in better context and hopefully get a clearer understanding of what Jesus was saying and why he said it.

So far I have not been disappointed

Yesterday we talked about Jesus’ notorious arch-enemies, the Pharisees.

It seems like you can’t make it past a few verses in the gospels before Jesus is having yet another run in the Pharisees. In the great drama of Jesus’ life they stand as the great antagonists standing in the way of the hero Jesus who has come to free the people from their oppression.

In short, they’re the bad guys.

But as I learned yesterday, it wasn’t always that way.

For starters, and this will probably be difficult to believe, compared to other Jewish sects in their day the Pharisees actually had a reputation for being lenient when it came to enforcing the penalties for breaking various laws.

There’s a word we use in the church for that sort of lenience. We call it “grace.”

Now, certainly the Pharisees believed in strict obedience to purity laws. After all, the name “Pharisee” comes from the Hebrew word “parash” which means “to make distinct” or “to set apart”. So, it’s no surprise then, that they were incredibly concerned with the people keeping strict adherence to Levitical laws of purity for it was those laws that set the people of Israel apart and made them ritually “clean” enough to encounter God.

Despite the impression you might get about their emphasis on ritual from reading the gospels, the Pharisees were generally beloved by the people.

Because a large part of the Pharisees’ commitment to the purity laws was their effort to help the people fulfill purity rituals in their own homes which otherwise would have required the mediating role of a high priest.

It was these purity rituals that granted holiness to the people. In eliminating the mediating role of the high priest, the Pharisees were helping to extend holiness to everyone regardless of their access to the temple.

Because it was that holy standing that was required to be in the presence of God what the Pharisees were in effect doing was trying to give everyone everywhere access to God.

The Pharisees, unlike the Sadducees, were also big proponents of resurrection from the dead. Whereas the Sadducees, who tended to be affiliated with the upper class, rejected the notion of resurrection, believing instead that your rewards were to be had in this life, the Pharisees preached a message of hope, that no matter how difficult your life may be now, there was the promise of resurrection from the dead and with it the rewards of peace, happiness, and life in heaven with God.

Needless to say, the poor were fans of the Pharisees.

Let me just pause right there.

To recap: the Pharisees had a reputation for grace in regards to the law. They went out of their way to extend holiness to everyone so that all could have access to God(if you’re an evangelical you might call it a “personal relationship) without the need of an intermediator. They also appealed to the poor and preached the resurrection of the dead.

It should, because when I heard my professor describe this is class I immediately thought to myself, “That sounds just like Jesus. Was Jesus really a Pharisee?

Of course, my very next thought was, “But Jesus and the Pharisees didn’t get along. What went wrong? How did the people who sound so much like Jesus turn out to be some of his biggest enemies?”

The answer, I think, can be found in their name.

They were the Pharisees, the ones who “parash” or set themselves apart from the world. While God certainly calls God’s people to be set apart, they took it to extremes.

It is suggested that the Pharisees might have originated as a sort of holy supper club, designed to allow those who were ritually “clean” to eat in “safety” away from those who were deemed “unclean.”

Whether this is how they were founded or not, this attitude of us vs. them and exclusion of the unworthy quickly came to define their identity and with it, their sense of self-importance grew.

This exclusion and sense of self-importance eventually became a means to control access to God, which of course was the very opposite result of what they had sought out to do.

And that was the thing Jesus had a problem with.

Just like the Law, which had been given to as a gift to enable the people to become who God intended them to be and thus live in right relationship with both God and the world, the Pharisees, like so many other religious leaders, instead turned the law into a means of control, manipulation, and exclusion.

But you already knew that.

So why bring up the Jesus and the Pharisee comparison?

I bring it up for several reasons.

First, the bad guys we hate aren’t always as bad as we want them to be. Sometimes, like in the case of the Pharisees, they may even start off sharing our own ideals, hopes, and goals. But even if they eventually end up following a different path, that doesn’t make them wholly evil.

In a world which seems to be increasingly divided by partisan, denominational, religious, and ideological lines, this is an incredibly important lesson for all of us to learn. We may not agree with the other political party or the other denomination down the street, but just like us, the people in those political parties, churches, and other faiths are also created in the image of God. They are not devils incarnate and do not deserve to be treated as such.

Secondly, I hope you caught the pattern in the life of the Pharisees.

They started off with all the right intentions. Called by God they sought to extend God’s grace and holiness to all (or at least all of Israel). Somewhere along the way though, they got caught up in their own dogma and sense of self-importance. They convinced themselves that they and only they had it all figured out.

If you ask me, that sounds a lot like many of us in the church. And I’m not just talking about the fundies. You don’t have to be a fundamentalist to think “I’m right and everybody else is wrong.” Those who consider themselves liberal, for example, can be just as dogmatic as anyone else.

In our attempt to be the Body of Christ in the world, we must remember that we are not the sole arbiters of Christian truth, nor are we ourselves the gatekeepers of the kingdom of God. We are but one part of a vary diverse Body; a body which is fully capable of supporting a diversity of theological opinions and perspectives so long as all its members profess: “Jesus is Lord.”

Finally, the story of the Pharisees should serve as a warning and reminder to all of us that we must not allow people to become victims of our faith. When that happens we become the Pharisees. We become the enemies of Jesus

Our faith should inspire and draw others to God, not push them away because we (not God) don’t consider them worthy. As Jesus said, our faith should be like a light which shines out before all men. So that through our incarnation of God’s love and grace the world will come to praise our Father in heaven.

Certainly that is easier said than done, but evangelism is about incarnation, not dogma.

So, was Jesus a Pharisee?

I think I’d like to think of him as a sort of “Reformed Pharisee.”

There’s a lot of empty space between the manger and the Jordan River. We know of at least one occasion when Jesus talked with the teachers of the law in the temple while he was growing up and I’ve got to think he had many more encounters with them.

If that’s the cause, and I’m sure it is, I can’t help but imagine Jesus looking at the Pharisees when he was growing up and thinking to himself, “You guys started off with the right idea, but let me show you how the Law is really fulfilled.”