Jesus Tattoo(s) Of The Day

From time to time I like to highlight awesome and awful Jesus tattoos that I come across.

Usually, it’s one or the other….but mostly just the latter.

Today, I bring you both. One with admittedly great artwork, though, in an interesting location. Another that’s a little of both. And one more that’s, well, I don’t want to spoil the surprise.

First up, the good stuff.

Yes, the top of one’s head is an interesting location for a Jesus tattoo, if for no other reason than few other people will ever see it. But maybe that’s the point? Maybe this guy wants Jesus to be the only one who can see it and know he loves him because, you know, Jesus is looking down from heaven? Or maybe there’s a deep theological significance about fixing your thoughts on Jesus or having the same mind as Christ?

Maybe not, but either way, I’ve gotta give credit where credit is due. The artwork ain’t too shabby, especially when you consider it could be much, much worse.

Next up, a tattoo that’s somewhere in-between awesome and awful.

Depending on your particular taste, I suppose it could be either. Or maybe both. 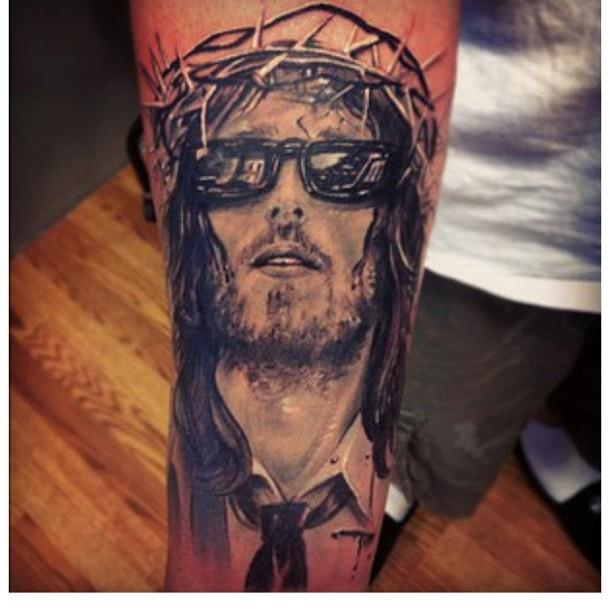 Finally, a Jesus tattoo that just leaves me speechless. Not because the artwork itself is so bad, but because, well, just take a look and see for yourself…. 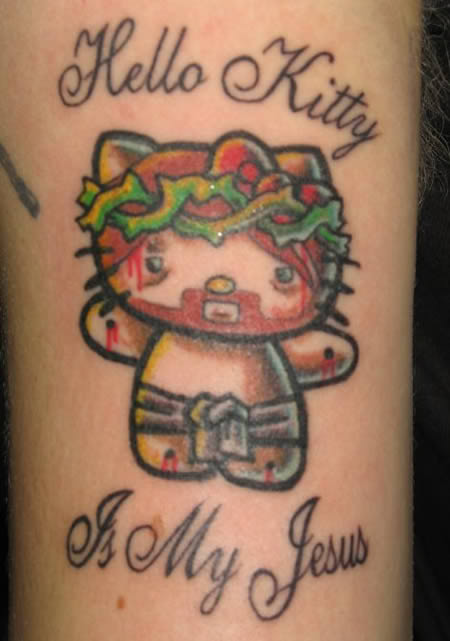 I mean….I just….I don’t even know what to do with that.