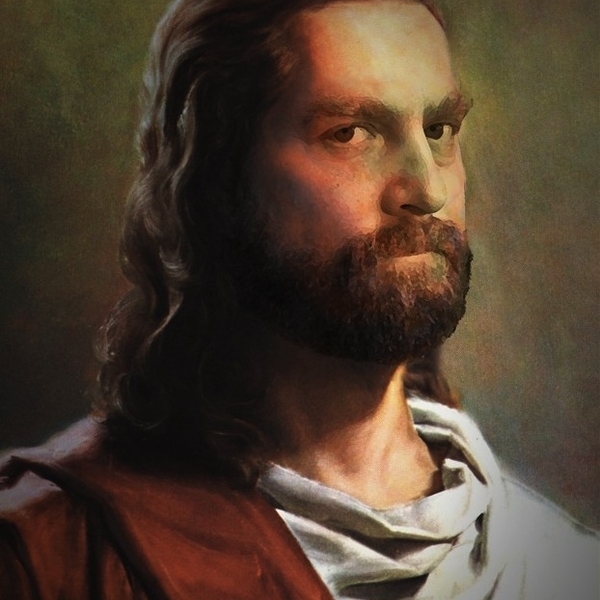 This has apparently been out there for a while, but it’s the first time I’ve seen it, so I’m sharing it because I think it’s hilarious.

And before anyone comes out of the woodwork to cry “blasphemy!”, this is not blasphemy.

No one in claiming Zach Galifianakis is Jesus.

Nor is anybody making fun of Jesus.

Whoever created this image is just pointing out the striking and hilarious resemblance between Zach and this portrait of Jesus.