If you thought Harold Camping was off his rocker, that’s because you didn’t know about Jesus.

That’s Jose de Luis de Jesus to be exact. And just to be clear, Mr. Jesus considers himself to be the Jesus. As in the Son of God.

The Puerto Rican national states that calling himself the antichrist is appropriate because it is wrong to worship the ‘Jewish teachings’ of Jesus, but rather to study the teachings of the Apostle Paul, who de Jesus claims to be in direct contact with. Antichrist according to de Jesus means ‘no longer following Jesus of Nazareth as he lived in the days of his flesh.’

In their effort to spread the news about our impending doom, Growing in Grace has begun erecting billboards around Miami like this one…. 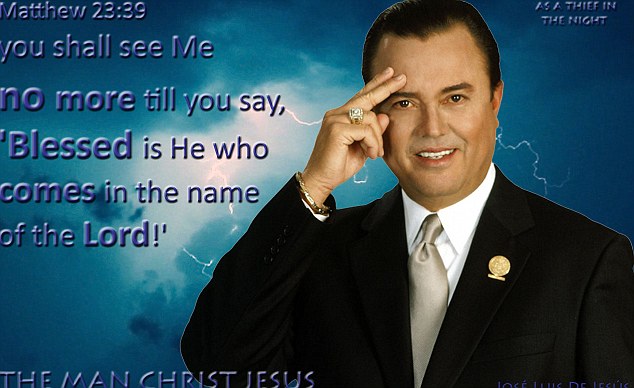 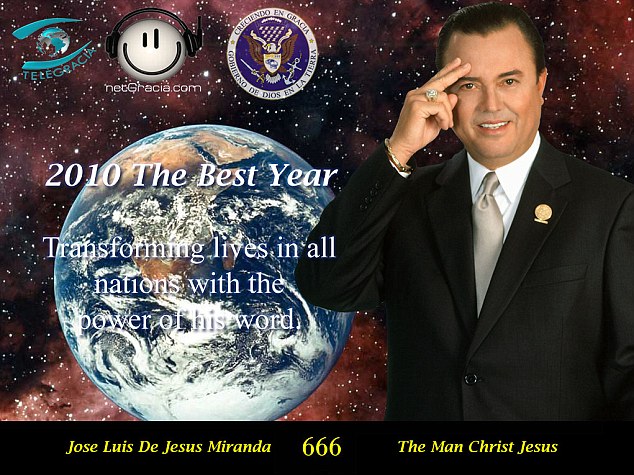 And my personal favorite….

This group is just waiting for the moment when all the governments in the world will suddenly collapse, their pastor will be rendered immortal,  and classy Mr. Jesus will take over the show.

Sounds rationale to me.

See, I told you Harold Camping had nothing on this guy!

There’s plenty of other wonderful tidbits in this Daily Mail story, so make sure you check it out.

We were able to snag an interview with the May 21st people the last time the world was scheduled to end, so we’re going to give it a shot with Mr. Jesus. Not holding our breath, but we’ll let you know what they say.

Until then, live it up! You’ve only got a few weeks of freedom left until Mr. Jesus takes over the world!