Is This The Most Racist Pastor In America? 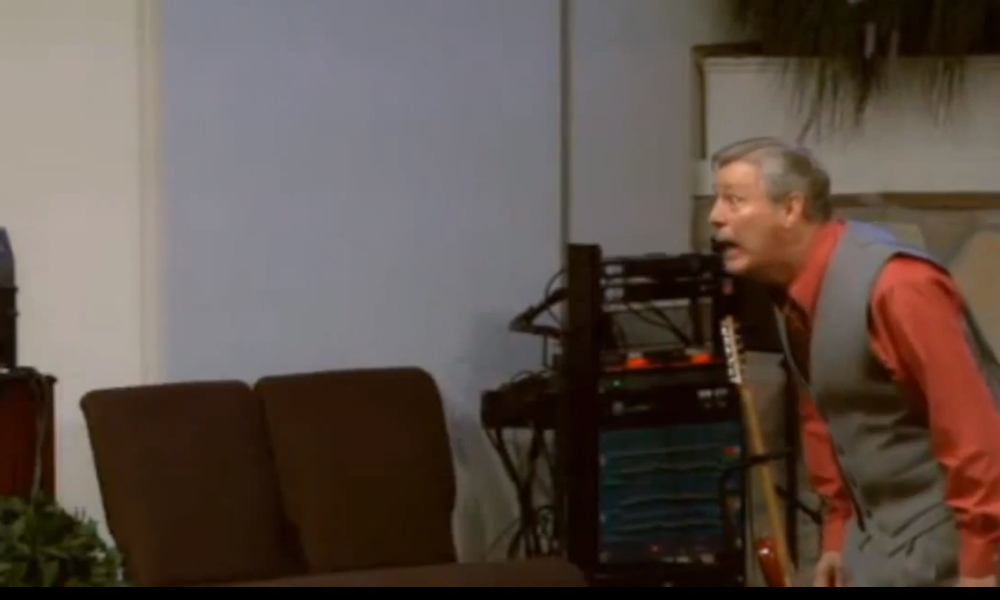 He spews his vile bigotry every Sunday from the pulpit of Happy Valley Church of Jesus Christ in Johnson City, TN.

If he’s not the most racist pastor in America, then he’s at least got to crack the top 10 list.

You’ll see why in this clip where he rants about the sin of interracial marriage.

Which, as you can see, isn’t grainy video from way back in the Jim Crow 1950s.

WARNING: You may want to watch this video from a safe distance as it will most likely result in you wanting to repeatedly punch your computer screen.

NOTE: I’m posting this clip because a former church member sent it to me, which reminds me (and hopefully others) that real people are listening to and being hurt by this sort of evil. I think people like Reagan need to be exposed and, maybe it’s a long shot, but I hope that exposure will either result in him being kicked out of the pulpit or, at the least, hopefully people who suffer under this sort of “ministry” will know that they’re not crazy to think their pastor is crazy and can find the courage from others’ outrage to leave their toxic church.