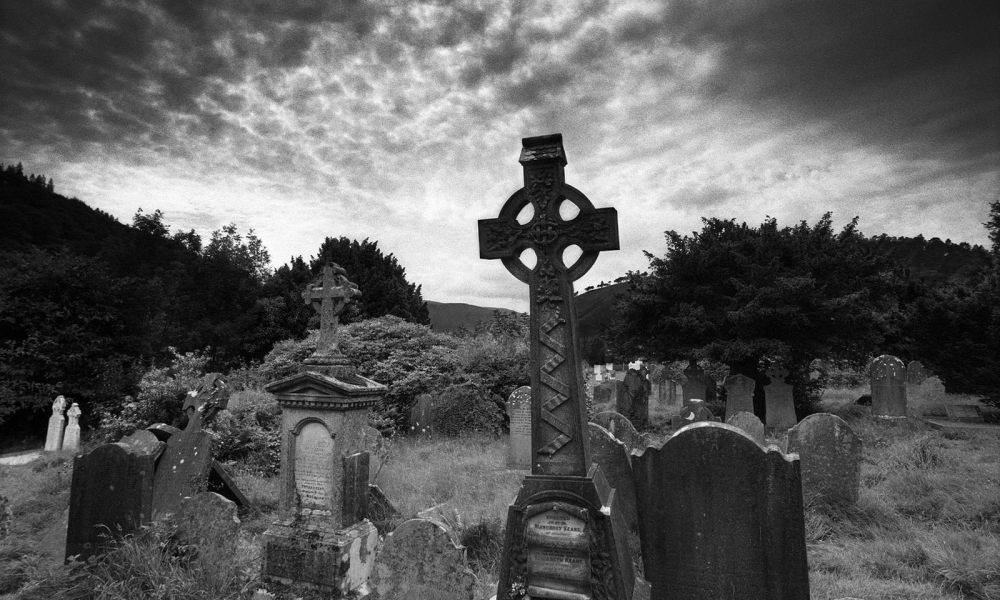 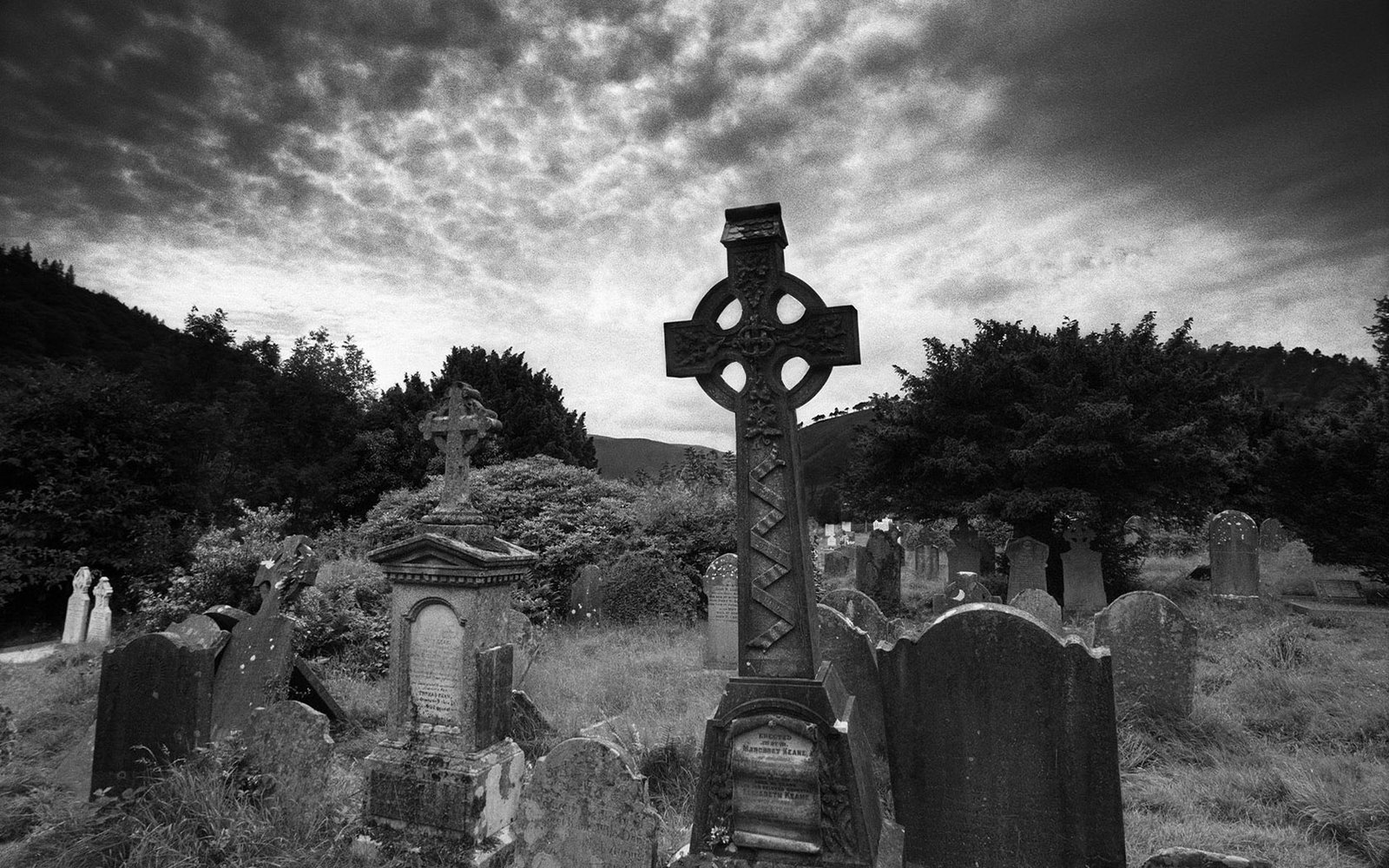 I paid my first visit to a morgue this past weekend.

Maybe I should back up and explain.

This past weekend I drove down to Pennsylvania Dutch country for the funeral of someone I’ve never met.

Yeah, I should probably back up a little more.

So, this semester at school I’m taking a class called Writing About Religion. It’s taught by New York Times religion columnist Mark Oppenheimer (seriously, how cool is that?) and our big assignment is to write a profile on a religious figure. I chose to do something a little different. Instead of profiling a preacher or a rabbi or an imam, I decided to profile a funeral director.

You may know him. His name is Caleb Wilde and he’s the genius behind the amazing blog Confessions of a Funeral Director.

In order to write Caleb’s story I not only needed to interview Caleb, I also needed to follow him around on the job and see what life as a funeral director is really like. So, I packed my bags and headed down to Amish country where Caleb lives. Just to be clear, Caleb isn’t Amish. He lives and works near Lancaster, PA because that’s where his family has been running a funeral home for, get this, 6 generations.

Well, in my machismo I thought I could handle following around a funeral director for a day, pay a visit to the morgue, and stop by the crematorium, no problem. I’m a big boy, I thought. I can handle being around death.

Yeah, was I wrong.

As it turns out, I’m terrified of death.

The funeral I attended (to see Caleb in action, so to speak) didn’t actually bother me. In fact, listening to the family celebrate the life of their dearly departed actually made for an oddly pleasant experience.

Afterwards, Caleb took me through the casket room, showing me the various options for burial. While certainly not the most upbeat showroom I’ve ever visited, it was the sticker shock that I found more depressing than the empty caskets. And I don’t mean that Caleb and his family were price gouging. In fact, they do quite the opposite. I just had no idea how incredibly expensive a funeral can be. And the thought of having to shell out thousands, if not tens of thousands of dollars right after a loved one has died on something that, let’s be honest, it’s just going to rot in the ground is just awful. Particularly if you find yourself in the position that so many other families find themselves in and you just don’t have the money. Talk about a heartbreaking double punch to the gut.

Well, my punch to the gut came next.

Caleb opened a non-descript door at the side of the casket room and I turned to follow him in.

But I wasn’t ready for what I was about to see.

I mean I thought I was and I had a pretty good idea of where that door led, but one glance and I knew I was in way over my head.

We were in the morgue.

And there there two bodies laying out on two different tables.

One covered completely in a red bag which we were going to be taking over to the crematorium.

The other covered in a blue sheet that only extended up to the shoulders, exposing the face. It was the body of an elderly woman and I couldn’t look away.

She looked like she was just sleeping, like she would open her eyes at any moment and sit up. But I knew she wouldn’t and I think it was that realization that made that moment all the more jarring

It’s a lot easier to look past death when it’s nice and neat and lying all dressed up in a casket, but when a body is lying on a cold metal table in a morgue with nothing but a thin sheet to cover it you’re forced to literally come face to face with the stark reality of death. You’re forced to accept the finality of death and the fragility of life.

It’s an image I still can’t get out of my mind.

The entire day was like that. It was an incredibly visceral experience on every level.

From the morgue we loaded the body in the red bag into the funeral home’s van and made the 45 minute drive to the crematorium. I’m gonna be honest. We talked a lot, but I have no idea what we talked about on the drive over. When there’s a dead body laying 2 feet behind you and you don’t normally drive around town with dead bodies in the backseat it is, to say the least, a bit distracting….and a lot unnerving.

Things didn’t get anymore comfortable for me at the crematorium.

The crematorium is tucked away down a country side road in a nondescript building behind another long building where they make the vaults your casket will go into when you’re buried.

Oh, and all those concrete vaults are set out row after row next to each other, adjacent to the crematorium as if to make sure you don’t forget where you are.

The only thing that gives away what’s inside the nondescript little building tucked away down that country road are the waves of heat emanating from the chimney on the roof.

I can still see them disappearing into the Pennsylvania sky.

Caleb backed the van up to the crematorium and I watched as he and Brooks, the guy who ran the crematorium, unloaded the body and moved it from the gurney we brought it over on and into the cardboard box that would carry the body into the flames.

For as long as I live I’ll never forget the thud of the lifeless body as they laid it in a cardboard box in preparation for cremation.

There something so final and gut wrenching and lifeless about it.

While they worked Caleb and Brooks talked business. Then Brooks talked about his upcoming vacation to Panama. And all the while country music was blaring on the radio as if it was just another day on the job.

For them it was.

They were used to death.

So I cowered by the doorway watching, too afraid to step inside.

Then Caleb turned to Brooks and said “Hey, do you mind showing Zack the furnace?”

I’ll be honest. I’m still not sure how I found the courage to step inside. OK, it wasn’t courage that motivated me so much as the embarrassment of trying to explain to my professor why I didn’t go in and see one of the most critical parts of a story about death and dying.

So I stepped inside.

Just like sight of the dead elderly woman and the sound of the body landing with a thud in the cardboard box, I will never forget the heat of the furnace when Brooks opened the door to the room where the cremations actually took place.

It hit you in the face and lingered as an ever present reminder that one day those same flames might consume your body too.

Again, I lingered near the door too unsettled to take more than a couple of steps into the room.

Brooks told me how the furnace worked and showed me the buckets of metallic medical devices that aren’t consumed by the flames, but all I could think about while he was talking was the heat.

To my great relief we left soon after.

Like for the rest of the day and into the night rattled.

I lost my appetite. I couldn’t sleep. I didn’t want to be alone.

Sure, I had thought about death before and pontificated on its theological meaning. And I have, unfortunately, had several friends and family members die. But I’ve never really come face to face with cold, harsh reality of death before. Not like that.

And I would wager you haven’t either.

As a society we’ve outsourced death. We’ve pushed it out of our sight and into the hands of professionals who behind closed doors beautify death for funerals so we can keep living in our delusion of immortality and never really, I mean really really come to grips with the fact that life is fragile and fleeting and when we’re gone there’s no coming back.

I don’t say that to be depressing. I say it because while I think our fear of death itself is healthy, our fear of being around death is not.

But that’s kind of the point.

The unpleasantness that it brings unsettles our lives, forcing us to reexamine everything – the decisions we make, where we spend our time, who we spend our time with, what is really of value.

But as unpleasant and painful as is it, death has a strange way of transforming us into better people because it doesn’t just remind us of the fragility of life, it inspires us to live our lives more fully, to take advantage of every moment we have because before we know it we’ll be the ones laying on table in the morgue.

Now, I’m not saying everyone needs to follow a funeral director around for a day in order to appreciate the reality of death, but it’s not that bad of an idea either.

If nothing else I can promise you this.

It’s an experience you will never ever forget.