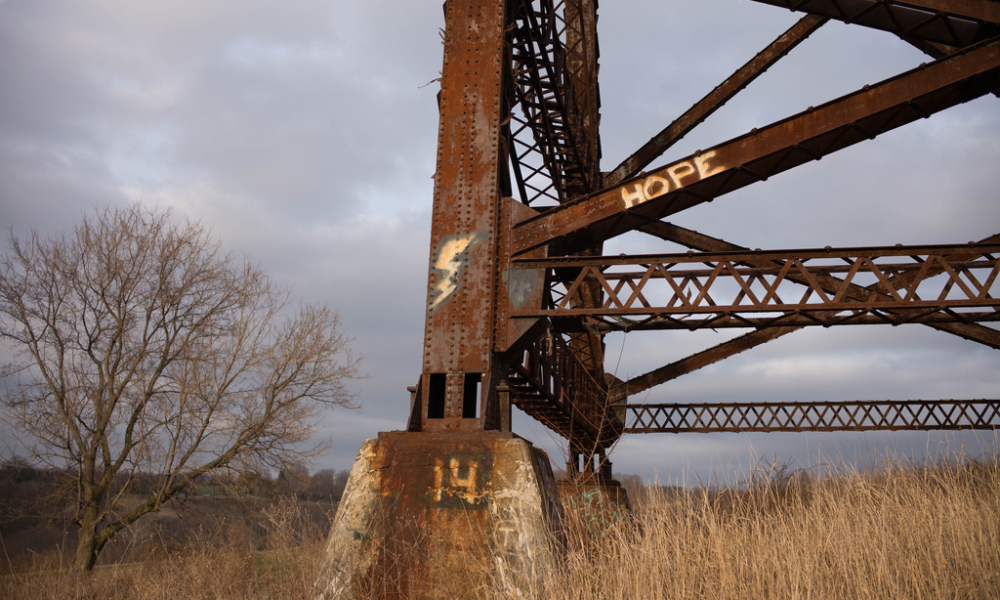 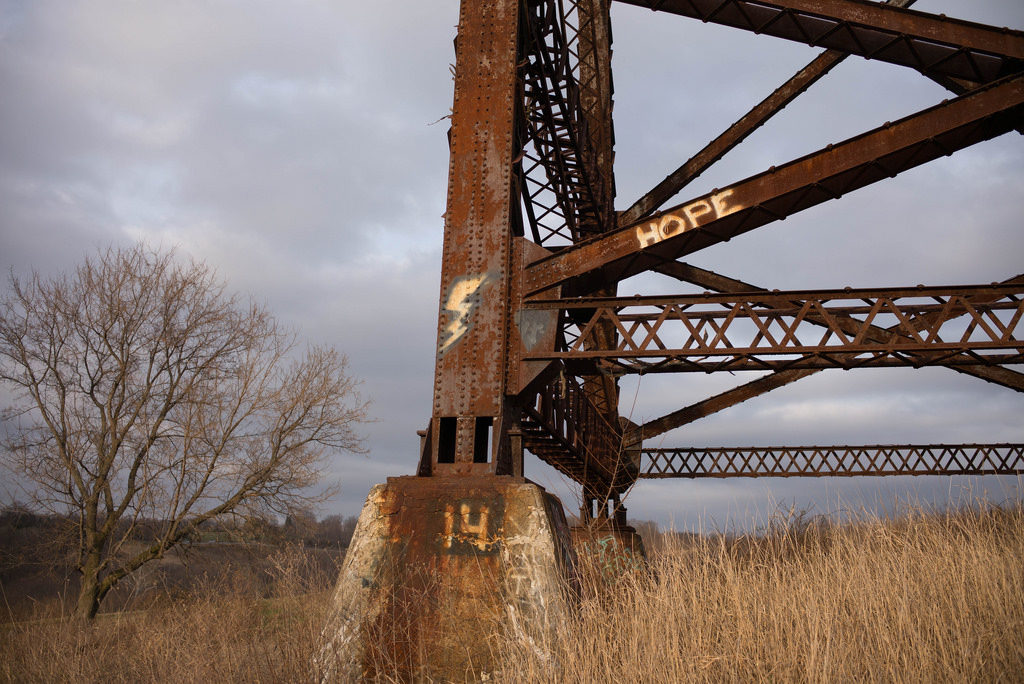 It started with a jar of pickles.

None of that inferior pickle garbage that unnecessarily clogs up grocery store shelves. I’m looking at you, Vlassic. Shudder. And they were dill, obviously. Bread and butter pickles are just a waste of cucumbers.

The first time it happened I didn’t think anything of it.

Like any other normal human being, strong flavors occasionally catch me off guard and make me cough. Sure, a jar full of pickle juice had never done the job before, but I was too concerned with getting my hangry (that’s hungry + angry) 2 year old something to eat to give any thought to a random cough.

But then coughing when I opened up a jar of pickles became a regular and incredibly annoying little quirk. I mean, who does that? It’s just weird. Honestly, it was probably nothing, at least not a real diagnosable symptom, but strong flavored things of all sorts started catching me off guard, causing me to cough for seemingly no reason other than my weak constitution. It was probably in my head, but either way, eventually the coughs starting coming whenever I took a deep breath.

Again, I figured it was nothing.

But then the random coughing quirks turned into coughing fits and a few weeks ago on the Saturday before me and my girls were scheduled to go out of town and hang out with the grandmothers while my wife attended a conference, I sucked it up and went to a walk-in clinic because the coughing fits had gone from annoying to painful.

I assumed I would go in, get a prescription for some antibiotics, and go home.

My first hint that that might not be the case came when the doctor told me he wanted to take a chest x-ray. Probably just being overly cautious, I assumed. But a few minutes later when he opened the door, popped his head in, and told me to follow him. At that point I knew something wasn’t quite right.

I followed him out to a bank of computers in the middle of the office and sat down in front the computer he had my x-ray pulled up on.

And there it was.

A huge mass on the right side of my chest, just below my clavicle.

Turned out it wasn’t pickles that were making me cough.

It was a large tumor pushing on my trachea.

Which makes much more sense because Claussen would never do me wrong like that.

Naturally, I tried to play it cool in the doctor’s office. I wish I could tell you it was because of my impeccable courage, but in reality it was probably because I immediately went into denial mode. I’ve seen enough movies and TV shows to know that these sorts of mistakes happen all the time. They’re just smudges on the screen, something left over from the x-ray tech’s lunch that they inexplicably smeared on the screen because they were so excited about how awesome their sandwich was they freaked out and got sandwich everywhere while they were celebrating. Granted, this would have been a rather large smear of something that perfectly matched the color and tint of my x-ray, but no way it was for real.

And least that’s what I told myself so I could pay my $20 co-pay without the secretary staring at me awkwardly wondering why a large bearded man was standing in front of her crying for no apparent reason.

Thankfully, the denial held up.

At least long enough for me to get home.

But reality has an annoying habit of catching up with all of us eventually. There’s only so long you can stare at an image of a giant mass in your chest before you can’t avoid the truth anymore and you collapse into your wife’s arms crying your eyes out like a baby, telling her you don’t want to die while your kids look on utterly confused about what’s going on because crying your eyes out is their thing, not your thing, and if you take that away from them how in the world are they going to be able to keep getting whatever they want whenever they want it??

It’s moments like that that I am incredibly grateful to be married to my wife. I know that sounds cliché and it’s even more cliché to talk about how she’s my rock and how I couldn’t have made it through that day or any of the days since without her, but who cares about cliché? It’s all true and I mean every word of it. She was strong when I was weak. She was brave when I was afraid. She was already figuring out how we were going to survive this thing while I was still wondering whether or not I would survive to see Monday morning.

It certainly helps that she’s a doctor and doctors are cool under pressure like that, but that’s also just how amazing she is in general; ready to face any challenge that comes our way with courage and confidence I can only dream about.

She immediately went right to work reaching out to any and every doc she knew that might have some advice for what step we should take next.

I was and still am completely floored by how quickly and how emphatically the offers of help and support came, both from friends and colleagues in her residency program and from complete strangers across the country who we’ve never met, but who reached out to us through a private doctor mom Facebook group my wife belongs to and offered to help in any way they could.

By Monday morning I was sitting in an oncology office at Hartford Hospital. By Tuesday morning, I was already having a lymph node biopsied. By the end of the week, I had appointments scheduled for almost every test imaginable to figure out what the heck was going on with me so treatment could begin as soon as possible.

The oncologist was open and straight-forward with me from the get-go, which I appreciate so, so much. I hate beating around the bush. I’d rather know exactly how awful things are (or could be) from the outset, than go into something like this with false hope and only end up disappointed.

The odds were good, he said, that it was cancer. Although, I wasn’t exhibiting some of the typical symptoms, the hallmarks of the Hodgkin’s lymphoma were there. But, of course, there was no way to know for sure until we knew for sure and that would require the aforementioned battery of tests.

Then, as now, I was less worried about the tests themselves (mostly because I didn’t know how painful a bone marrow biopsy can be), then how the heck I was going to make it to all of those appointments with 2 kids, a wife in residency, and all of our family a thousand miles away in Tennessee.

I’m still not sure how we pulled it off, but we did.

I do know how we pulled it off: through an incredibly supportive residency program that has bent over backwards to help us navigate this chaos along with family and friends willing to drop everything to watch over our little ones while mommy works and daddy gets poked and prodded for the millionth time in a week. Without their help and most definitely without my mom leaving everything behind in Tennessee at the drop of a hat to come up here to Connecticut to babysit for a week, we would have been hopelessly lost in a sea of desperation, panic, and unanswered questions.

I’ve made it through more medical testing than I’ve ever been through in my entire life (including not 1, but 2 bone marrow biopsies) and given more blood than I knew I was capable of giving, but we finally have some answers about that mysterious mass in my chest.

The doctor was right.

I don’t know yet whether or not it has spread to my bone marrow. We’ll find that out on Tuesday when I go in for my first round of chemotherapy, but, as the oncologist suspected, we do know for sure now that it’s Hodgkin’s lymphoma.

Which, crazy as it sounds, is actually really good news because Hodgkin’s is not just treatable, it’s curable.

In fact, it’s one of the most curable forms of cancer out there.

So, while yes, having cancer is shitty beyond words, in the grand scheme of things, I’m actually really lucky, not just because the diagnosis could be a whole lot worse but because I’m surrounded by a legion of family and friends and doctors and nurses who have already poured more love and support into the past few weeks of my life than I ever thought possible.

I really am incredibly lucky because this isn’t the end of my life.

With the help of an incredible group of doctors and nurses, more love and support from friends and family than I deserve, and the never-ending grace of God, we’re going to kick this cancer’s ass.

I know when you’re looking at all of this from the outside in, it sounds kind of crazy, if not disturbingly delusional to hear someone with cancer claiming that they’re the lucky one, but I really and truly am. No funeral plans are being made. No death certificate has been filled out. No musical tribute is being planned for next year’s Grammy’s in my honor, at least not that I’m aware of.

My future is filled with hope and the promise of many more days to come because there’s a cure out there for me. Those longed for moments with my little girls aren’t just wishful thinking. They’re a very real future I have to look forward to because I’m one of the lucky ones. So, please, don’t feel sorry for me.

Yes, I do have cancer…for now.

Yes, things are more stressful than they used to be…for now.

Yes, there are going to be days when I feel terrible….for now

And, yes, overall life in general is going to be hard….for now.

But it won’t stay that way forever.

I may need to wear a prosthetic beard for a while, but things are going to get better.

Life is going to get better.

Cancer will not be the end of my story.

It’s a chapter in my life I wish I had never been written, but pen has been put to paper and there’s nothing I can do about it now but go on living, go on hoping, go on enjoying every moment I have and look forward to the day when I can finally declare, “I’m cancer free.”