"How Feminine Am I?" – A Checklist For Godly Women 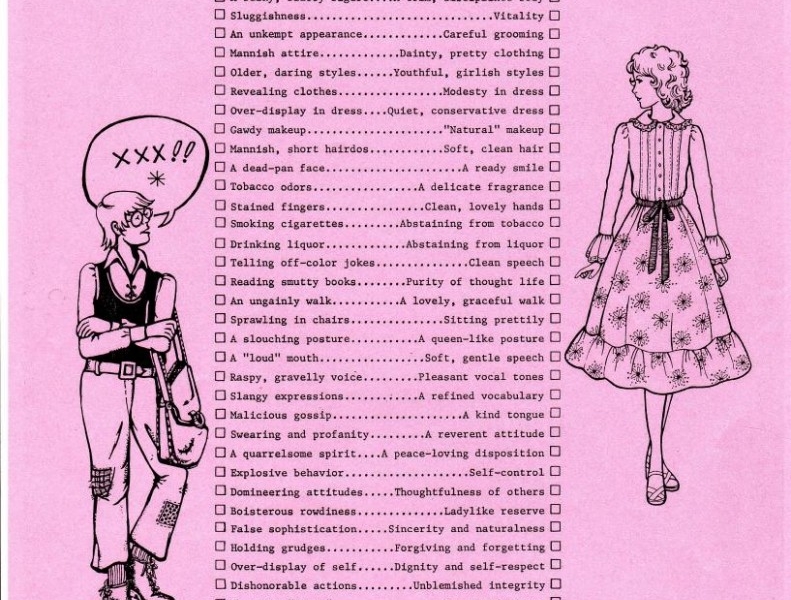 I’ve seen some appalling religious tracts in my day, but this one is right up there near the top of the list for worst tracts ever.

I found it over at Treasury of Tracts.

which describes itself as…

“A Course for Girls Giving Methods for Improving the Outer Appearance Along with Spiritual Instruction for Developing the True Beauty which Comes from a Heart surrendered to the Love of Jesus Christ.”

Aside from being absurdly long, that subtitle makes one thing clear. When it comes to “true beauty,” improving the outer appearance comes first.

Anyway, here’s a few pages from the actual course.

First up, a place to put your picture so you can compare yourself before when you were a homely heathen and after when you became a cute, charming Christian. Personally, I love how this thing quotes the verse from 1 Samuel that says outer appearance doesn’t really matter and then literally says the complete opposite with the spaces for before and after pictures. 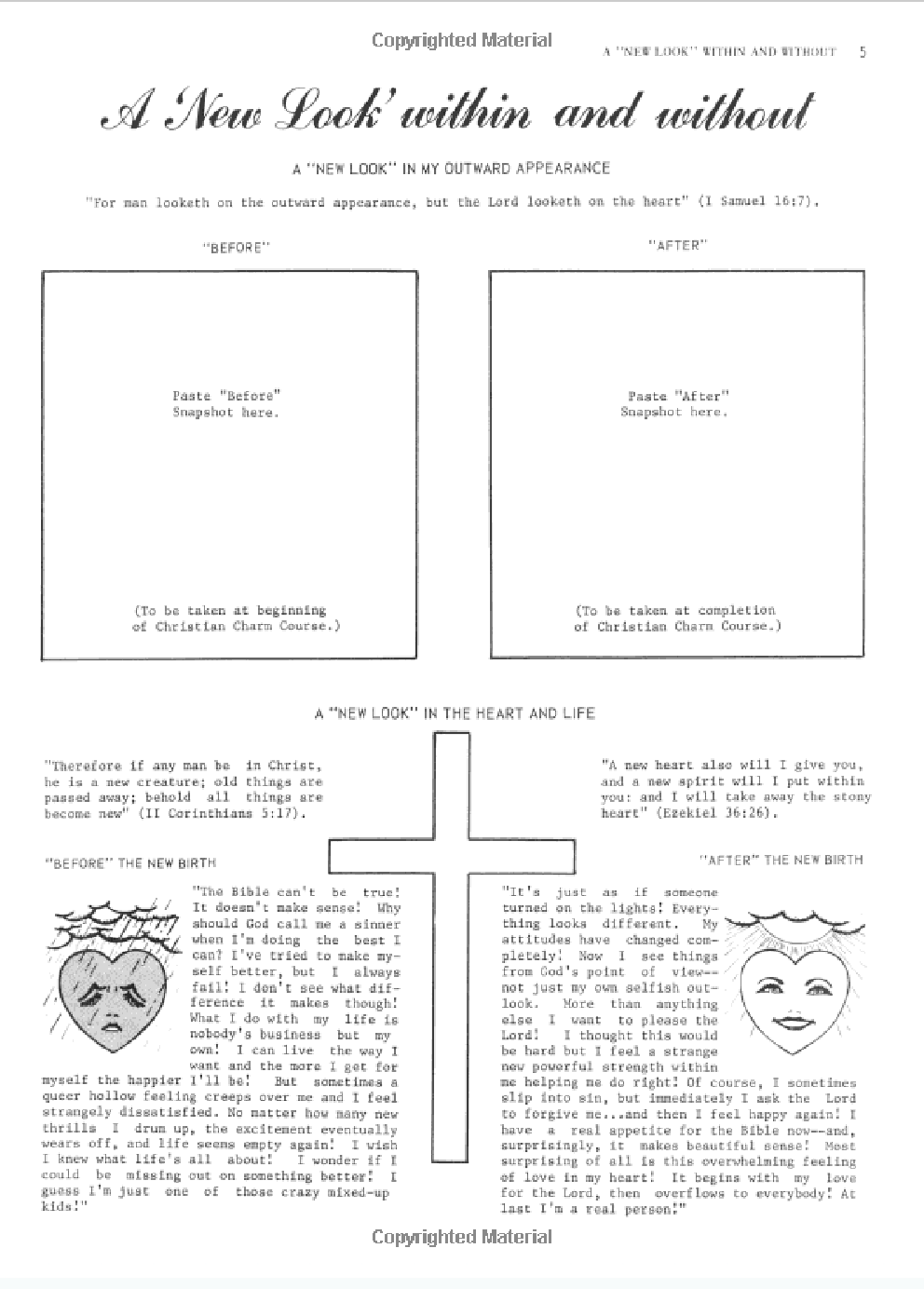 Not sure how to walk or sit down like a godly woman? Don’t worry the Christian Charm Course has got you covered. 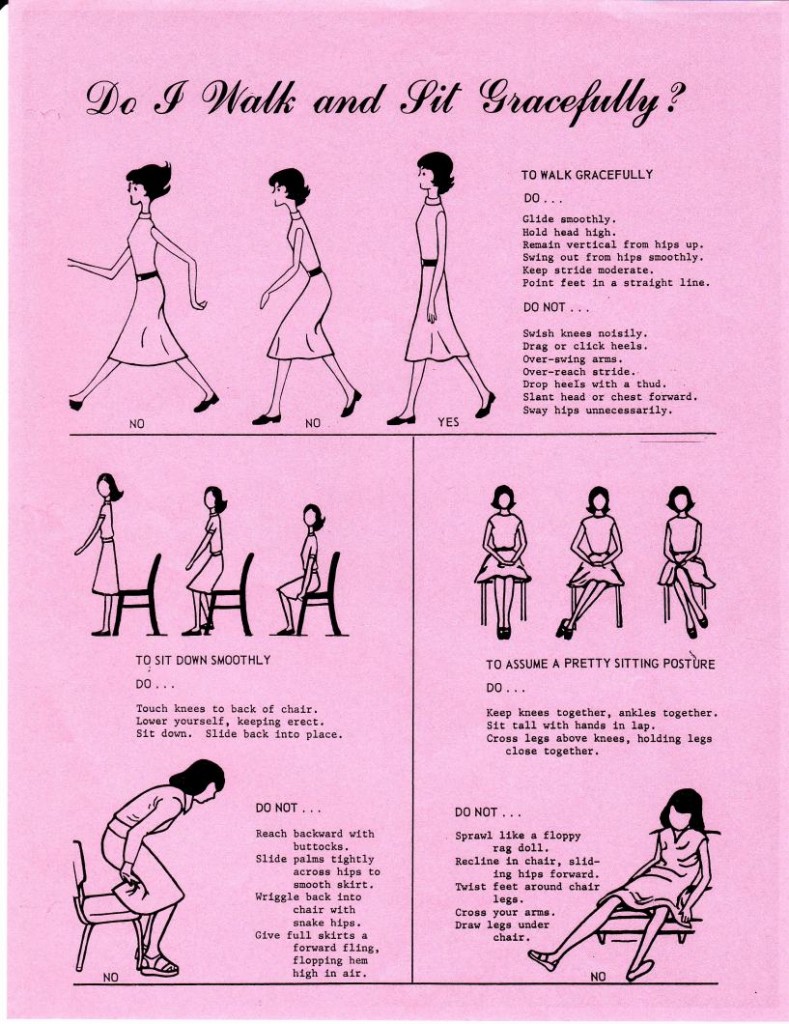 And last but not least my personal favorite, a checklist to determine just how feminine you really are so nobody gets confused and thinks you’re a boy. 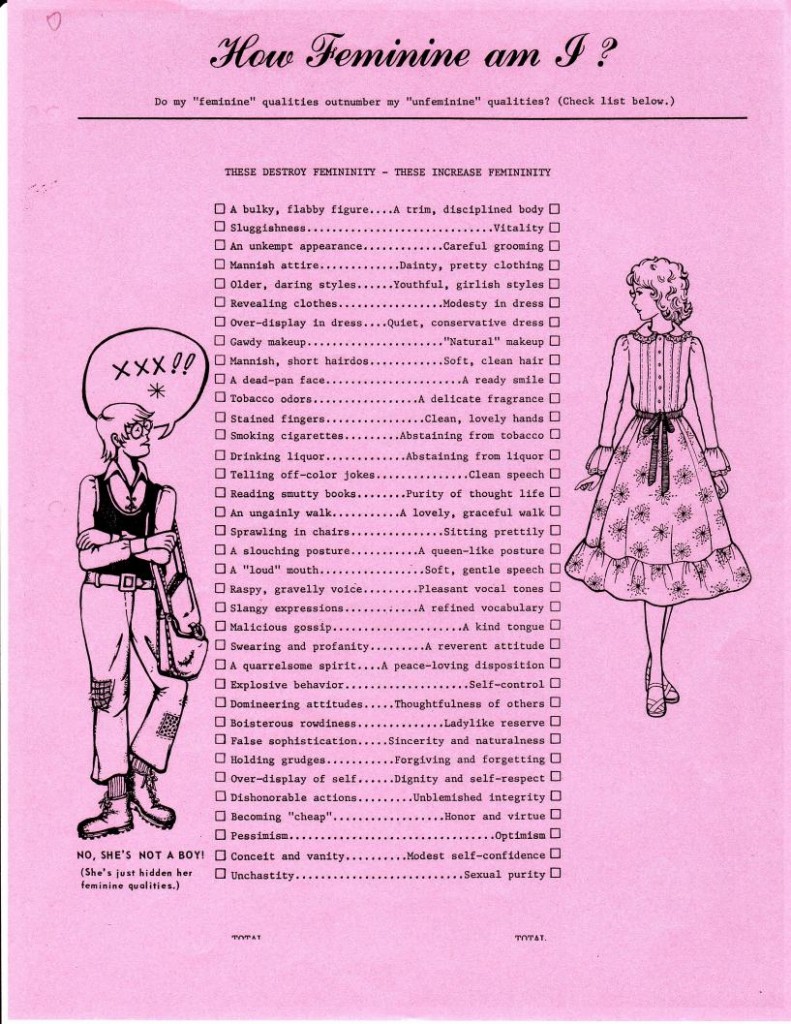 So, ladies, I hope you learned your lesson from this.

If you’re not a stick figure that wears dresses made from the old drapes in your mom’s living room (see above), then you’re not a godly woman.