GUEST POST: 5 Reasons Christians Love To Get The Book Of Revelation Wrong 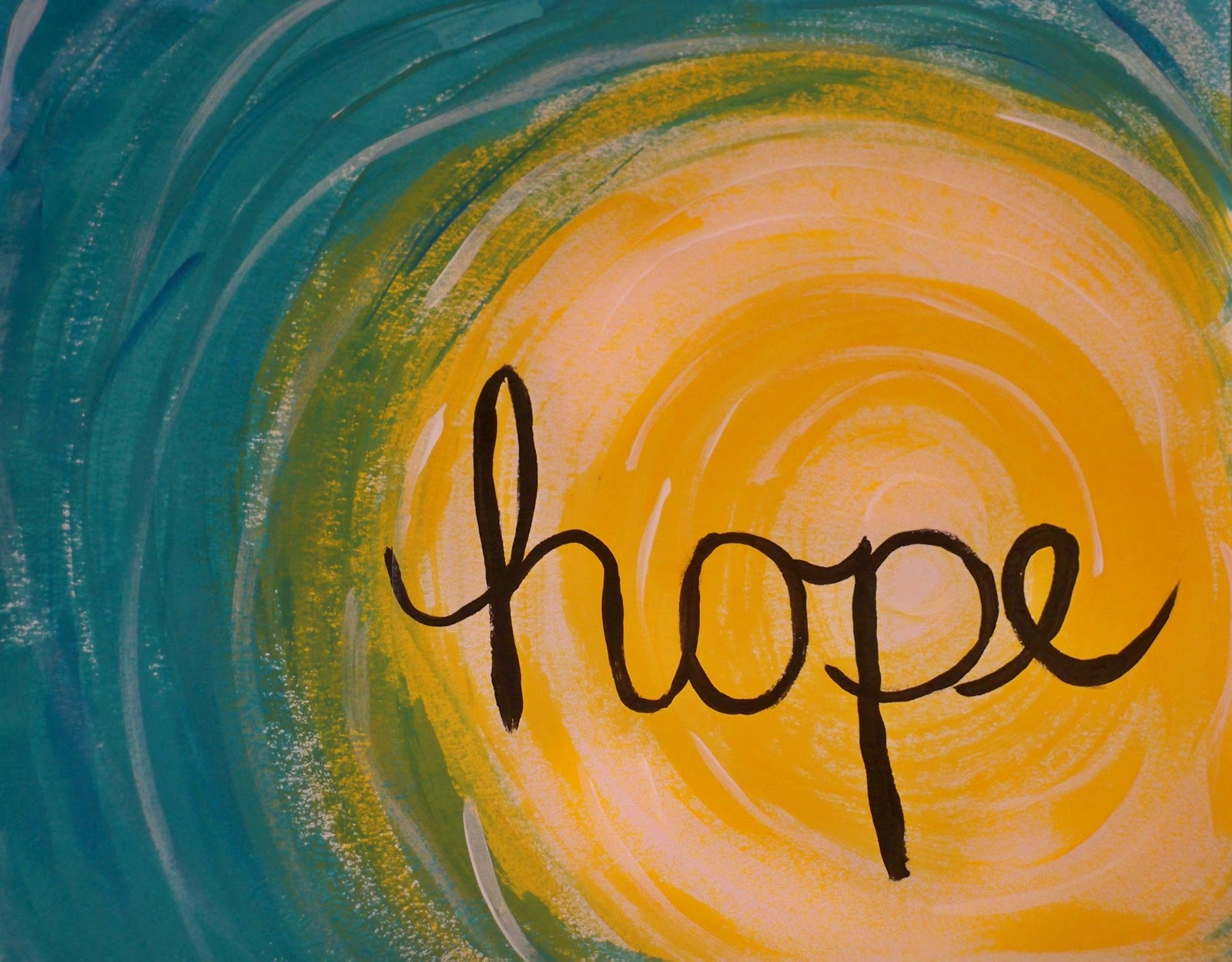 Really honored to have my friend Ed Cyzewski guest posting today. He’s talking about one of my favorite subject, the book of Revelation. After you read his post, make sure you pick of a copy of his fantastic new book The Good News of Revelation

Christians in America have ZERO incentive to interpret the book of Revelation correctly.

Learned Bible scholars have presented compelling interpretations for years that provide biblically grounded and compelling explanations for its symbols and predictions. And guess what? They aren’t big fans of the rapture—a theological innovation of the 1800’s that rose to prominence because of marketing and chance rather than its accuracy.

Among today’s biblical scholars there’s a strong consensus that the majority of the book of Revelation addressed events that concerned seven first century churches in Asian Minor—you know, the seven churches the letter is ADDRESSED TO.

No worries, those liberals don’t REALLY care about understanding the Bible.

My goodness, Christians in America, especially the evangelicals, love to butcher the book of Revelation into sound bite sized, attention-grabbing, uninformed nuggets of speculation that drizzle in just enough biblical study to make their speculations look biblically legitimate.

If you live in America and you want to understand what the book of Revelation is really about, good luck. There are five really good reasons why Americans love to get it wrong:

1. Revelation is the Ultimate “You Could Die” News Story

News stations thrive on stories about normal, unthreatening, everyday items that turn out to be lethal.

What you don’t know about your tap water COULD KILL YOU. Tune in at 5 pm for the details.

This innocent looking toy could become a MURDER WEAPON in the wrong hands. The story at 11.

You get the idea.

So imagine how amazing it is that this relatively brief book at the end of the Bible—a bestselling book that is in most American homes—contains information about all of the ways that God is going to slaughter the world. Information about this world’s fiery demise is in your living room—right next to your children!

What you don’t know about the book of Revelation COULD KILL YOU.

The potential headlines are too juicy, too urgent, too frightening to resist.

We’re always going to have bunches of Christians combing through the terrifying images and visions of Revelation for the worst possible connection to today.

Let’s face it: the truth is boring if it’s good news. The “truth” is only interesting if things are worse than we expected. Who shares a headline on Facebook that says, “Less People Suffering This Year than Ever Before.”

Come on, give me some drama to get enraged over! Besides, you can’t do anything with good news.

We’re all looking for headline gold like this: “Misery Expected to Sky Rocket Next Year.”

Oh my gosh! Did you just read that! That sounds terrible. Who can we blame? What should we do? Has someone written a book to help us cope? Is there a news broadcaster who can help make sense of it?

That is the fuel that powers modern media. Get used to it.

I even know of one Bible scholar who used data that he knew to be flawed in order to promote one of his books because the data presented a bleak picture. Of course his book offered the solution to this fictional problem.

Revelation is especially useful for online link baiting where there are few if any consequences for fabricating sensationalist garbage. Want national media attention? Just compare the president to the Anti-Christ, toss in a Bible verse, and watch your traffic spike.

Bad news sells, and interpreting Revelation incorrectly supplies us with a TON of it.

Conservative Christian media thrives when there is an enemy attacking Christians, and what could be better than incarnate evil? The anti-Christ is like the culmination of the abortionist, gay, liberal, communist, and Canadian agendas all into one slithering beast.

Even if you don’t call a sitting president the Anti-Christ, you can find some awesome work-arounds, like suggesting that the current president is “preparing the way” for the Anti-Christ without actually being evil incarnate. That’s also super convenient because that gives you an escape hatch in case people think you’re being too extreme, while giving yourself a chance to look smart in case the president actually turns out to be the anti-Christ.

“I knew there was something fishy about that guy!”

The prophecy experts on websites, television shows, and radio stations assure us that they’re looking out for us, and their concern for our well-being includes scouring the headlines for hints and tips of the coming end. They’re looking for the signs of the times so that we’re not caught unawares, and that vigilance pays off—in cash.

Someone is out to get us, and as long as there’s something big, mean, and evil lurking, we’ll never ask about the credibility of our supposed watchmen and whether we should fear them more.

3. We All Have a Dan Brown Conspiracy Theorists in Us

It’s hard to resist a good conspiracy. Even after all of these years debunking Revelation-based conspiracies, I still have my moments when I stop myself.

Four blood moons, eh? Could there be something to that?

We can’t resist conspiracies that make seemingly legit connections between current events and the Bible. Heck, we don’t even need the Bible to get jumpy about the end times. When everyone predicted the end of the world with the Mayan calendar, I still picked up Jason Boyett’s Pocket Guide to 2012 because, you know, you can’t be too safe, right?

We’re all suckers for a good conspiracy theory, and the perplexing stories in Revelation assure us that we’ll have plenty of speculations to enjoy as long as the second coming is delayed.

Creepy as it may be to be raptured out of your clothes during your morning commute, that sure beats sticking around for the mark of the beast and the bloody apocalypse complete with plagues and demonic horsemen. Let your new car crash into the median. It’s alright. Jesus will give you wings.

Even though the rapture and the dispensational theology that feeds into the rapture have some significant Biblical problems (such as misunderstanding Paul’s concept of welcoming a coming king by greeting him outside the city gates), we’ll always favor the easy out from suffering and persecution. That’s just human nature. If one interpretation guarantees zero suffering, are we surprised that it’s popular?

Never mind that Revelation is all about enduring suffering and the promise of eternal life to those who sacrifice their lives for Christ. Eternal life is great and all, but the thought of suffering today could really wreck my to-do list.

5. The Bible Is “Clear” About the End Times

Evangelicals love to believe that the Bible is clear and easily interpreted. It’s really true. Even the more liberal or progressive evangelicals fall into this trap, assuming that their corrections to conservatives are readily apparent. The truth about Revelation that few today want to accept is that no one knows what it’s really all about.

Even assertive old Luther discouraged preachers from teaching from the book. Early church councils that compiled the canon of scripture almost left Revelation out because they had no idea what it meant.

Today we have a better idea about the symbolism and message of Revelation thanks to comparisons made with apocalyptic literature and historic events, but on the whole, it’s impossible to create a one to one chart for every scene and symbol in the book.

As a group, American Christians hate uncertainty, and Revelation is like a front-end loader that dumps a megaton of it in our laps.

Some of us invested a lot of time and energy into the Left Behind narrative of Revelation, complete with the rapture, mark of the beast, and bloody battle of Armageddon. Some of us may have even visited the McDonalds located in the Valley of Megiddo in Israel to warn the employees of God’s coming wrath.

Having invested that much into a doctrine, it’s hard to step back and say “Uncle.”

While it’s hard to leap into the uncertainty of Revelation or to admit we’ve been wrong about the rapture or a literal unfolding of future events complete with beasts rising from the sea, I have good news for you.

If you can imagine a group of suffering Christians for a moment, consider what John would write to them to help them persevere as they struggled with false teachers, poverty, oppression from the Romans, and threats to their lives.

What if John “revealed” the spiritual struggles behind the events of their day and our own? What if John painted symbolic pictures of future scenes where God brings justice to earth and saves his people once and for all?

That’s just the start of it. To learn more, check out my new book The Good News of Revelation that I co-wrote with Revelation expert Dr. Larry Helyer. We may never give you all of the answers, but I guarantee you’ll at least be “less wrong” about Revelation after reading our book.

Learn More about The Good News of Revelation

Ed Cyzewski is the co-author of The Good News of Revelation and Unfollowers: Unlikely Lessons on Faith from Those Who Doubted Jesus

. He shares his imperfect and sometime sarcastic thoughts about following Jesus at www.inamirrordimly.com