Destroying Jesus With A Paintbrush 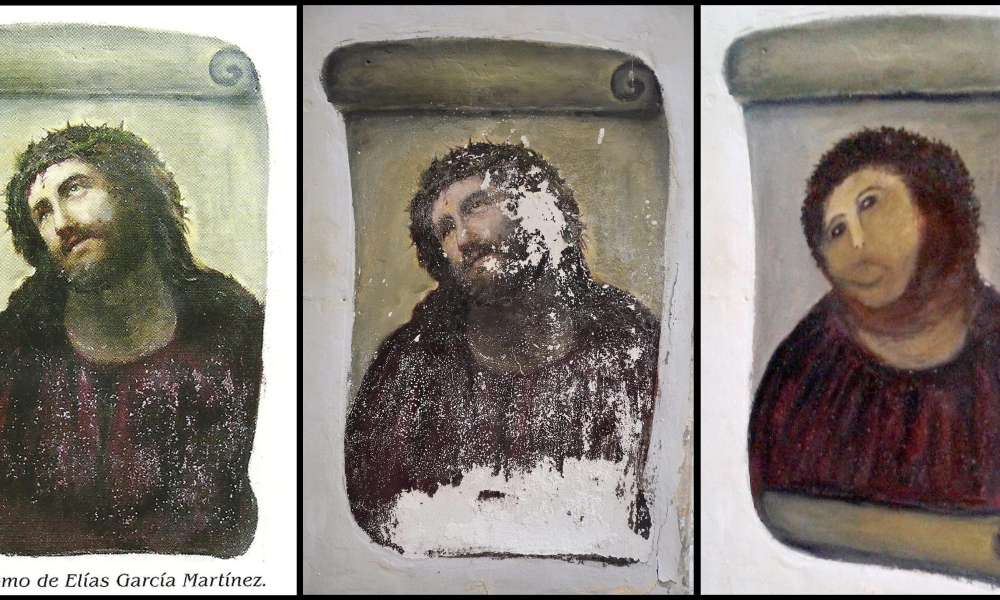 This story is both funny and sad.

It seems that the elderly woman who took this restoration project into her own hands had the best of intentions, but in her effort to recreate the image of Jesus she created a mess.

If you ask me, there’s a sermon here just waiting to be preached. 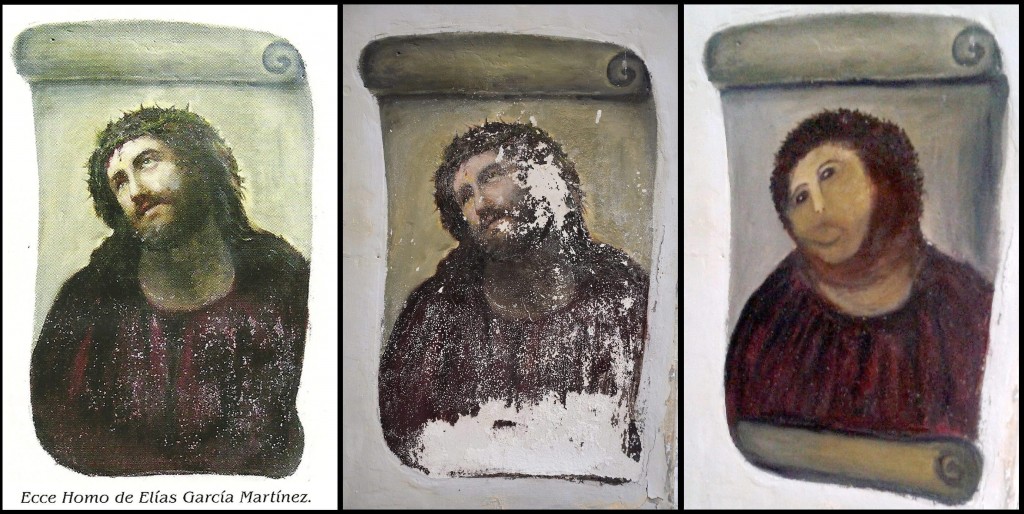 Art experts are trying to salvage a beloved Spanish fresco of Jesus Christ that was disfigured by an amateur restoration that went miserably awry.

Spanish media reported that an elderly woman, upset by the deterioration of the aging 19th century fresco in the Sanctuary of Mercy Church in the town of Borja, decided to fix it.

The unhappy results were perhaps most memorably compared to “a crayon sketch of a very hairy monkey in an ill-fitting tunic” by the BBC. Spanish jokesters have christened the revamped work once known as “Ecce Homo” -– Behold the Man -– as “Ecce Mono” -– Behold the Monkey.

Taking a more sober tone, the Centro de Estudios Borjanos described as ““unspeakable” its first sight of the redone fresco weeks ago, while doing an inventory of religious art in the area. Though the fresco is not believed to be unusually valuable, it was treasured in the town.