Christmas With The Pope

Just about this time two years ago I was getting ready to meet the pope.

Ok, not technically “meet” so much as just watch him walk by.

But still, I was pretty excited

After several months of waiting and string pulling (by my Benedictine monk father-in-law – seriously, I’m not making that up, he’s really a monk ), my wife and I were in Rome when she got a phone call.

We were getting tickets to the Midnight Mass at the Vatican on Christmas Eve.

We were absurdly thrilled to be in to Italy, regardless. It had been a lifelong dream. But spending Christmas Eve in the Vatican was even better than icing on the cake.

There was a catch, of course. There always is.

As it turns out, you’ve got to wait several hours…standing on your feet standing…sometimes in the rain…for the chance to go to church with the pope.

So, just FYI, if you ever have the chance to attend Christmas Eve Mass at the Vatican, know this – you need to get there at least 4 hours early if you want to get a good seat, meaning a seat where you can see the pope and be close to all the action. After those 4 hours of waiting outside, you’ve got 2 more hours of waiting inside before the service begins.

But it’s worth it.

Every minute of standing in the rain.

And I would do it again it a heartbeat because it was a memory I will cherish for the rest of my life.

And not just because I got to see this guy. 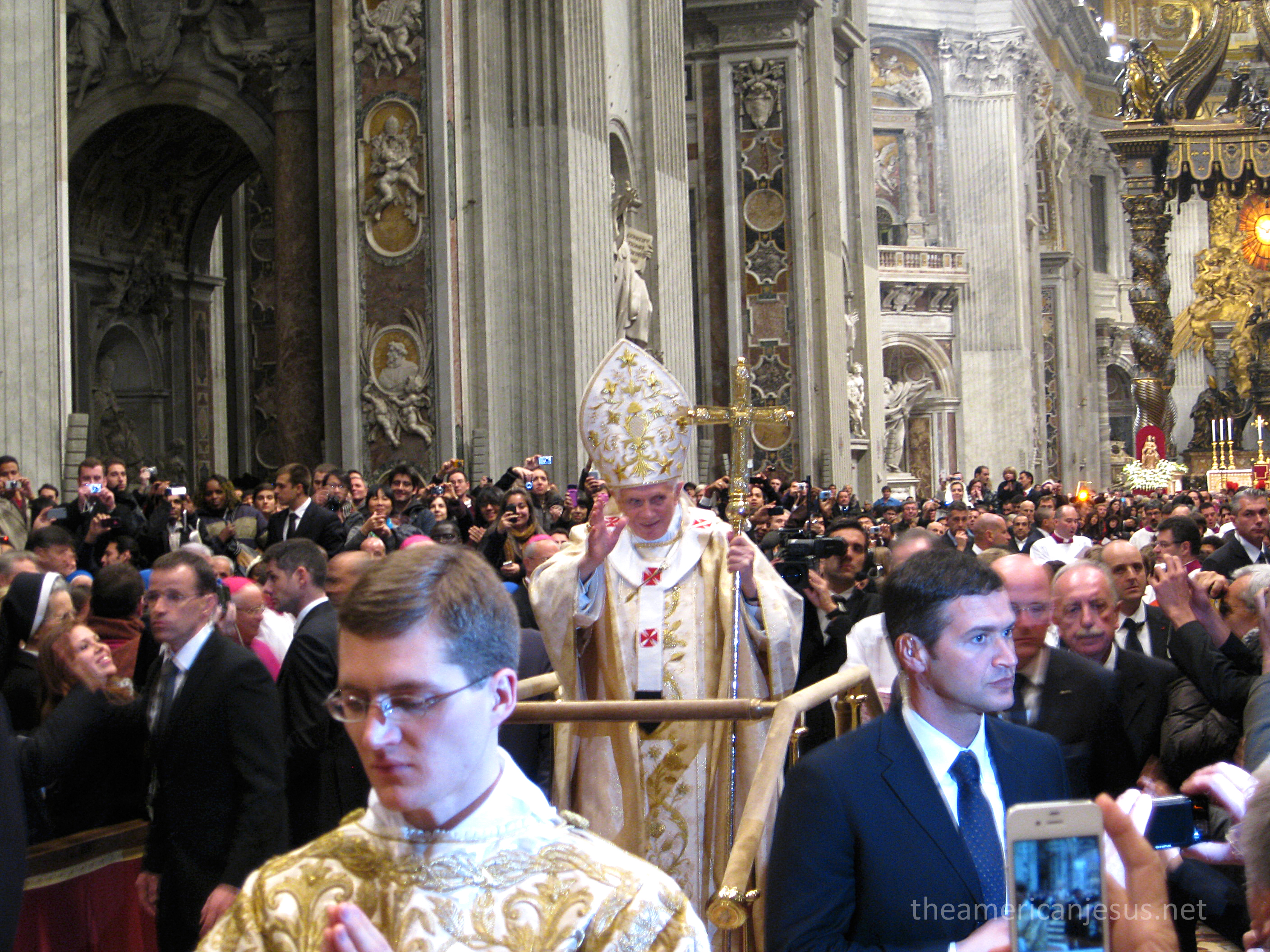 Sure, it might have been a little cooler if I had been able to see Francis, but what really made the night memorable wasn’t the pope.

It was a song.

By a boy’s choir.

Now, before we get to the song, there’s something you have to know about Midnight Mass at the Vatican – is a very structured event. Big shocker, I know, but it is. Very much so. Everyone has a part to play. The pope leads the mass. The priests, archbishops, cardinals, etc. assist him. The choir sings the chosen music. And, except for a handful of moments, the congregation sits back and watches the drama unfold.

In other words, when there wasn’t an asterisk in the program indicating “Ok, you can talk now,” we were expected to be seen and not heard.

This wasn’t a big deal for most of us in the congregation, as an untold number of the world’s nations were represented in St. Peter’s that night. So, we all just sat in our seats quietly and smiled, pretending like we had some clue about what was going on in the service.

Eventually, it came time for the Italian boy’s choir to sing.

There was no asterisk in the program. So, sing along time apparently wasn’t encouraged.

The tune sounded really familiar, but not speaking much Italian – or really any at all – it took me a minute or so to figure out what song they were singing.

I think just about everybody else in St. Peter’s, who didn’t speak Italian, was having the same experience because at right about the same moment something incredible started to happen.

Something I will never forget for as long as I live.

For whatever reason – call it the Christmas spirit or the moving of the Spirit – a slow, melodic murmur began to build in that ancient place of worship.

As the boy’s choir sang in Italian, they were slowly, but beautifully joined by a chorus of voices from the congregation who broke the bonds of propriety and began singing, each in their own language…

If ever I could claim to have experienced a moment when it felt like the veil between heaven and earth had been torn apart so I could catch a glimpse of the other side, it was this.

I felt very literally as if I as standing with John before the heavenly throne,

After this I looked, and there before me was a great multitude that no one could count, from every nation, tribe, people and language, standing before the throne and before the Lamb. They were wearing white robes and were holding palm branches in their hands. And they cried out in a loud voice…

Heaven had come to earth for just one night.

And I was there to witness it.

Thanks be to God.

FROM THE VAULT: As I’m always welcoming new people to the blog I sometimes like to revisit an old post or two that sparked a good conversation, but may have been missed by those who weren’t around when it was originally posted. A more poorly written version of this post originally appeared a couple of years ago, but with Christmas just a couple of days away it felt like a good time to share one of my favorite Christmas memories once more.