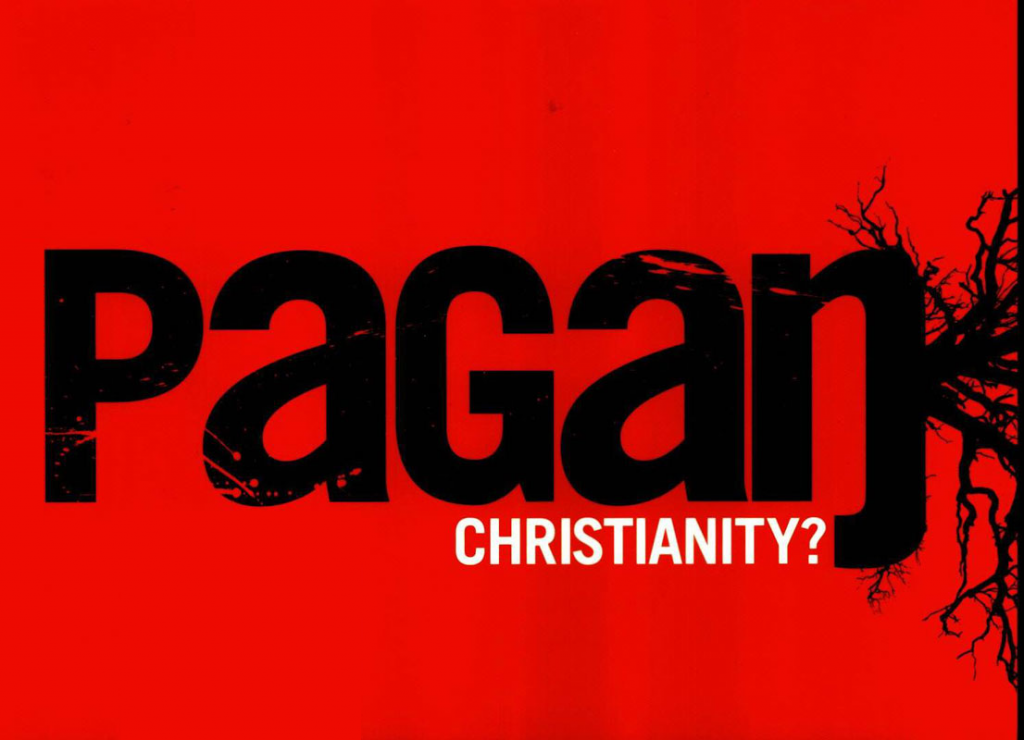 A few years ago Frank Viola and George Barna collaborated on a book called Pagan Christianity?: Exploring the Roots of Our Church Practices

In the book, readers learn about the “pagan roots” of many of the church’s long held traditions, practices, and resources. The authors take great pains to point out that many of the things the church does today are not clearly rooted in the New Testament. For many people, this is a fundamental flaw in modern Christianity.

I could not disagree more.

Now, this post isn’t a review of the book. It’s more of an extension of my post from yesterday and an examination of the underlying theme of whether or not something is valid if it is not clearly articulated in the New Testament.

Yesterday, I tried to make the point that I don’t think the church is restricted to only the traditions, practices, and resources spelled out in the New Testament.

Today, I want to take that bit further and argue that, contrary to what some like Viola and Barna have argued, the church’s use of “outside” or “pagan” things is not something to be feared; it’s something to celebrate.

In fact, I would argue that the church’s history of reclaiming, redeeming, and re-purposing once pagan things is at the very heart of the gospel.

Take for example the church’s earliest confession of faith: “Jesus is Lord”. This early creed wasn’t produced in a vacuum. In fact, its origins were very pagan. “Jesus is Lord” was not simply a statement of faith, it was the church reclaiming, redeeming, and re-purposing the pagan confession “Caesar is Lord.”

This pagan propaganda was Roman orthodoxy in the first century. To reject it or worse, to supplant someone else’s name in place of Caesar, was an act punishable by death. Yet, the church re-purposed this pagan creed anyway because this “touching” and reclaiming of the “unclean” was exactly what their Lord was doing when he embraced lepers, talked with prostitutes, sat down for dinner with tax collectors, and welcomed sinners.

In following this example, the first followers of Jesus not only began to change the world, they also set a precedent for the church for generations to come.

The history of the church, as Viola and Barna correctly pointed out, is filled with instances in which the church has taken “pagan” things and reclaimed, redeemed, and repurposed them for use in the kingdom of God. However, I think those among us who see this as some sort of corrupting or tainting of the Christian faith demonstrate a fundamental misunderstanding of the church’s mission in the world.

In these sorts of audacious acts, the church was redirecting the false worship of the world and pointing it towards its Creator. In these acts of defiance, the church was declaring to the world that Jesus was truly Lord of everything. In these acts of rebellion, the church was taking seriously Paul’s words that nothing, “neither death nor life, neither angels nor demons, neither the present nor the future, nor any powers, neither height nor depth, nor anything else in all creation, will be able to separate us from the love of God that is in Christ Jesus our Lord.”

In other words, the church has for centuries affirmed that there is nothing which cannot be redeemed and put to use for the kingdom of God, no matter what it’s past history might be. This is the very heart of the gospel. The good news that Jesus declared was that all people, regardless of how sinful, evil, corrupt, or pagan they might be are now, through the grace afforded them through the cross and resurrection, able to become the very hands and feet of God in the world.

When the church reclaims, redeems, and repurposes “pagan” people, places, and things, she is not embracing the associated pagan god or pagan theology, rather she is performing the very redemptive work God commissioned her to do.

When “pagan” things like Christmas trees or rock music become part of church life, it’s not because the church has lost her way. It’s because the church is doing the reclaiming, redeeming, and repurposing she has been called to do as the Body of the One who came to redeem all of creation.

So, fear not when someone cries out “it’s pagan” or “it’s not in the Bible”. Instead, learn to celebrate those moments as times in the church’s life when the good news of the gospel is actually being lived out.