American Jesus Madness Is Back!! 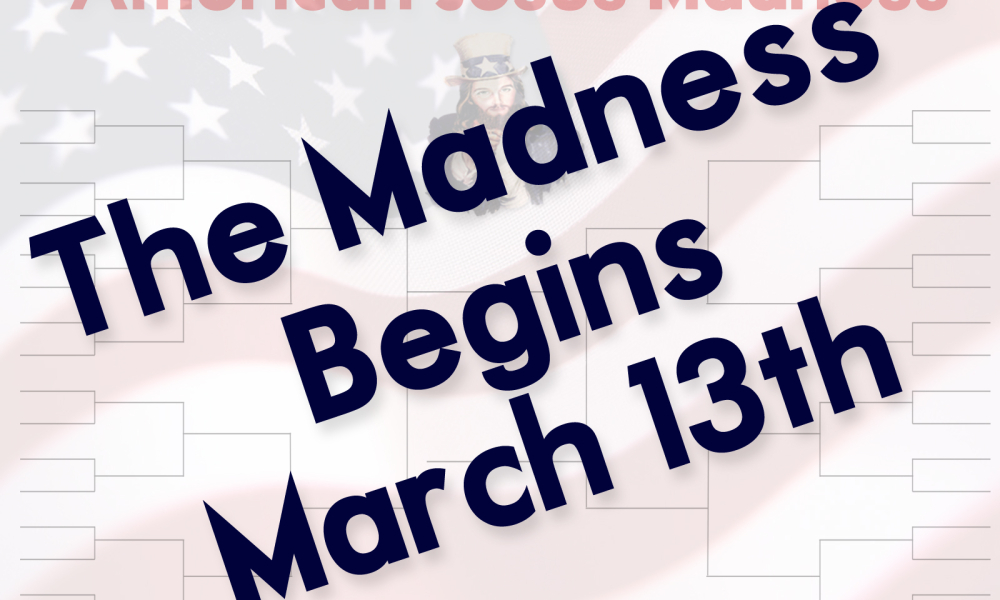 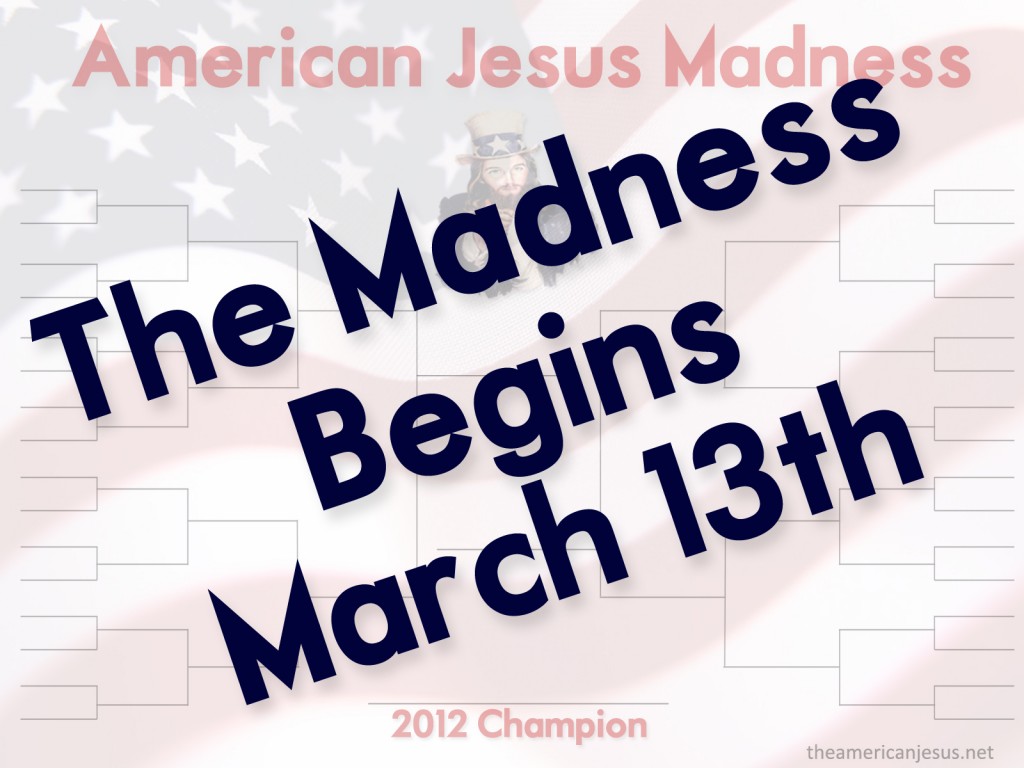 Our winner take all, no holds barred, royal rumble of Christian culture…

Well, it’s back and it’s better than ever!

This year we’re upping the grand prize to a $50 iTunes gift card and YOU get a say in who enters the tournament!!

If you’re not familiar with this epic battle royale, it’s really simple….

It works just like the NCAA Tournament, but instead of basketball teams we use famous Christians and famous Christian things. We seed those people and things and then you vote on a winner.

What are you voting on? Well that’s up to you.

Last year was our inaugural tournament, so we chose the participants and seeded them ourselves. This year, however, we’re asking YOU to help us choose who gets in the tourney.

The only requirement is that the person, place, or thing must have played some sort of role in pop Christian culture during the past year. It can be a pastor, a celebrity, a tortilla with Jesus’ face on it, the apocalypse, whatever. It’s up to YOU.

We need 32 participants, so be creative!

Once we have all 32 we’ll seed them, release the bracket, you fill out your bracket, turn it in to us, and the voting will begin.

Just like a regular bracket pool you will get points for each correctly guessed win, with points increasing each round. The person with the most accumulated points at the end will be declared the winner.

In case of a tie, we will have a sudden death tie breaker in which each person will choose a celebrity Christian representative, make their case for why that person/place/thing should win, and then we will give everyone 24 hours to vote on a winner.

There is no limit on how many times you can vote either in the tournament or in the tie breaker (if necessary), so vote shamelessly and often.

So, without further ado….

-You MUST be a living, breathing human being to enter (sorry, we’re prejudice like that)

-Only 1 entry per person

-We don’t have an awesome digital entry system like ESPN so you will need to print off your bracket, fill it in, scan it/take a picture of it/whatever, and email it back to us

-We will seed 32 participants and the bracket will be released on Friday, March 9th @ 8am CST

-The deadline for submitting your bracket is Monday, March 12th @ 12am CST

-The tournament/voting will begin Tuesday, March 13th @ 8am CST, at which time the schedule for the following rounds will be announced

If you’ve got any questions, please don’t hesitate to ask in the comment section.

Otherwise, start nominating your pop Christian culture participants in the comments section and good luck to everyone!!