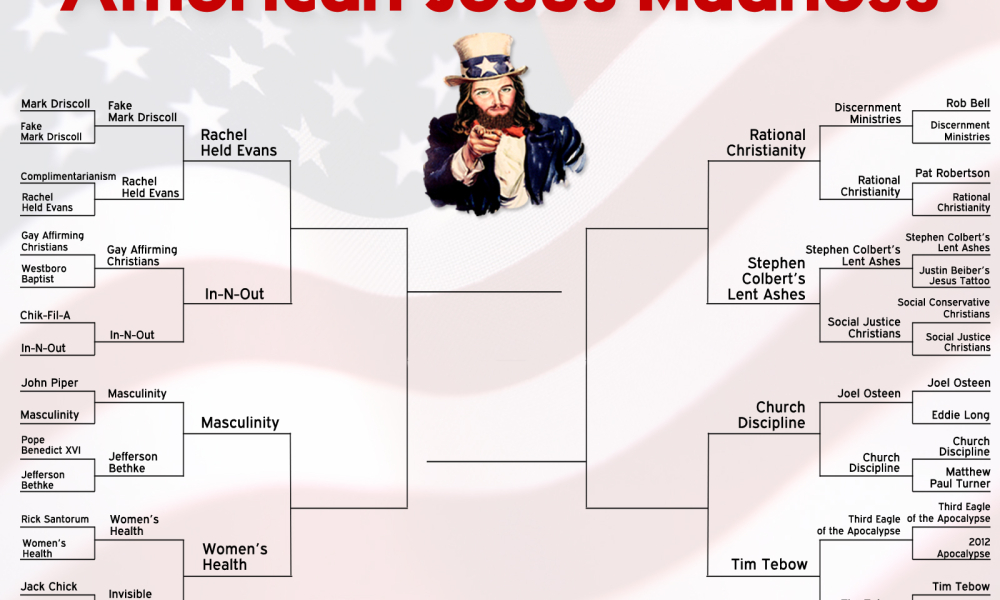 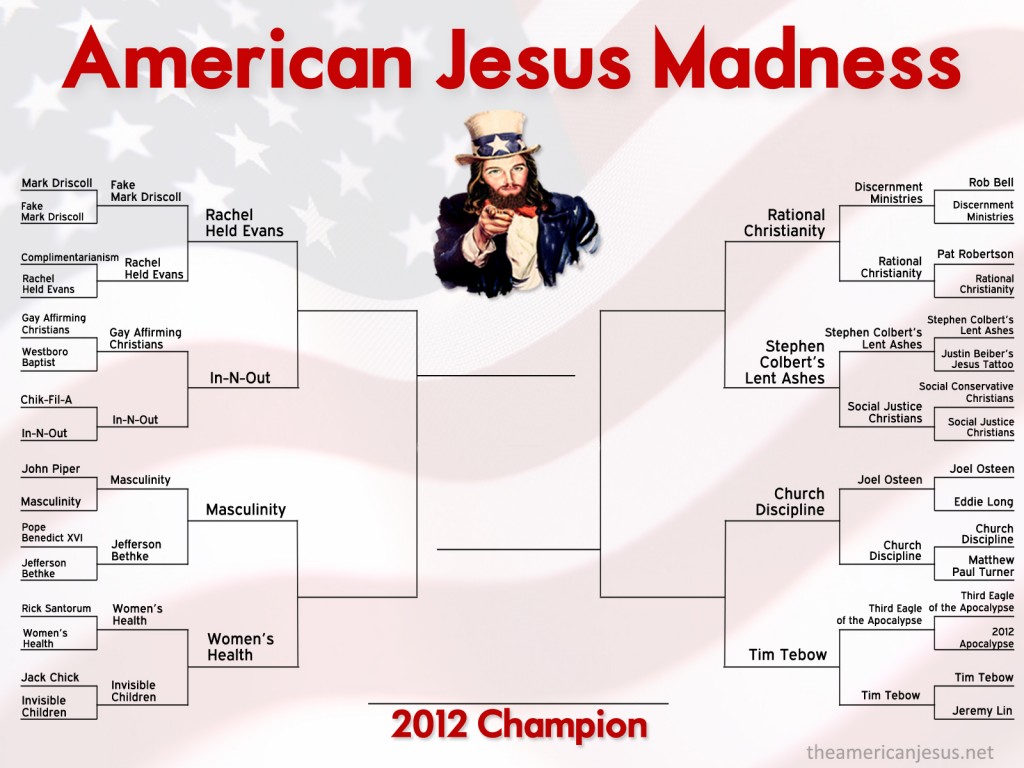 Would you believe we’ve already had 25,000 votes cast in the 2nd annual American Jesus Madness tournament?!

Yeah, we can’t believe it either.

Well, we’re getting down to crunch time. It’s the round of the Egregious 8 with winners going on to the elite 4 Horsemen of the Apocalypse round.

Lots of questions surround the Egregious 8….

Will Rachel Held Evans be able to overcome the mighty In-N-Out?

Who will win the gender war between ‘Masculinity’ and ‘Women’s Health’?

Can ‘Rational Christianity’ keep steamrolling or will Stephen Colbert’s Lent Ashes get “the Colbert bump” into the next round?

And with all his public praying will Tim Tebow finally succumb to ‘Church Discipline’?

It’s all up to you! Remember, as always, you can vote an unlimited amount of times until midnight tonight.

Or at least until Poll Daddy gives you a time out to “cool off”. Our apologies to those who’ve run into that problem. We had no idea that would happen, but we geniunely appreciate all the hard work you put in to reaching that milestone.