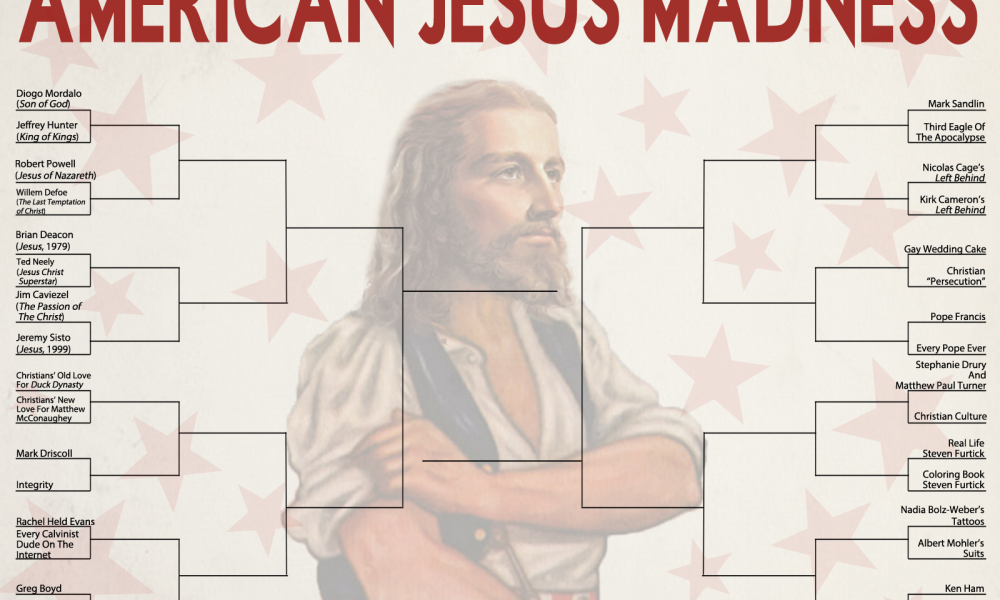 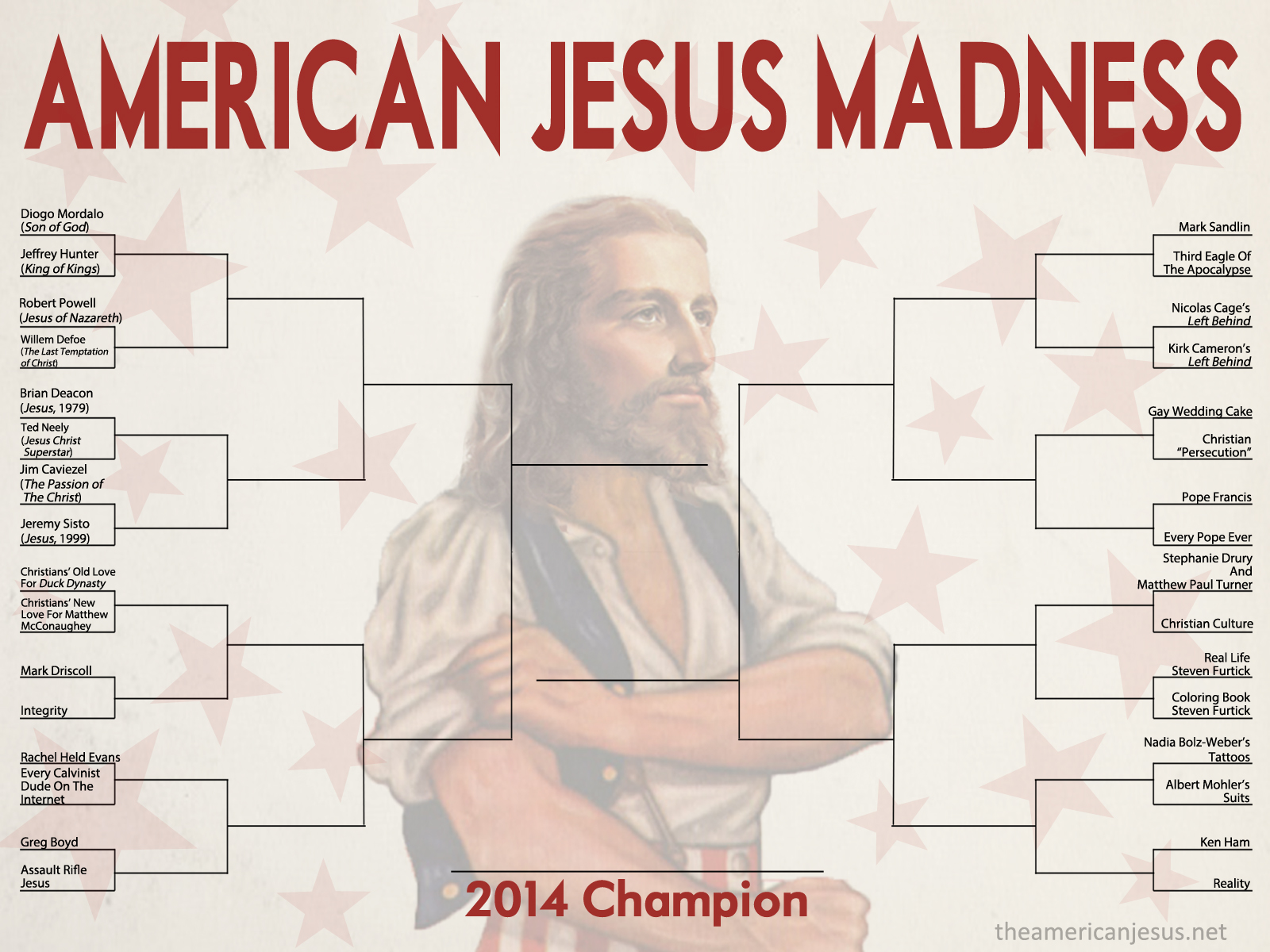 American Jesus Madness is already bigger and better with an unprecedented amount of brackets turned in already!!

Speaking of which, don’t forget, if you want a chance at eternal glory by winning the bracket challenge, you need to download a bracket, fill it out completely, and email it back to me before midnight tonight.…oh, and make sure you either follow me on Twitter, “Like” The American Jesus” on Facebook, or subscribe to the blog. I know that’s a pretty steep price to pay, but hey, nothing in life is free.

(And if you need any help filling out your bracket, make sure you check out my breakdown of the first round)

So, before we begin, here’s the all important schedule for when each round of voting begins and ends.

One last thing for you newbies. Votes are cast for each round using a simple online poll. Voting is unlimited, but unfortunately Poll Daddy freaks out and makes you take a “cooling off” period if you cast a ton of votes in a row. No worries, though. It only lasts for a few minutes, then you can get back at it.

On the off chance you’ve never used an online poll before, go ahead and give this one a whirl. It’s a matchup from last year and exactly like what we’ll be using throughout the tournament again this year.

ALL TIMES ARE EASTERN STANDARD TIME

THE CHAMPIONSHIP MATCHUP WILL BE ANNOUNCED ON MONDAY, MARCH 24TH AT 8AM

THE CHAMPION OF AMERICAN JESUS MADNESS 2014 WILL BE CROWNED ON WEDNESDAY, MARCH 26TH AT 8AM

As always, if you have any questions, don’t hesitate to ask.

And help spread the word about American Jesus Madness!!