53 Things I Learned About Heaven From Barbara Walters 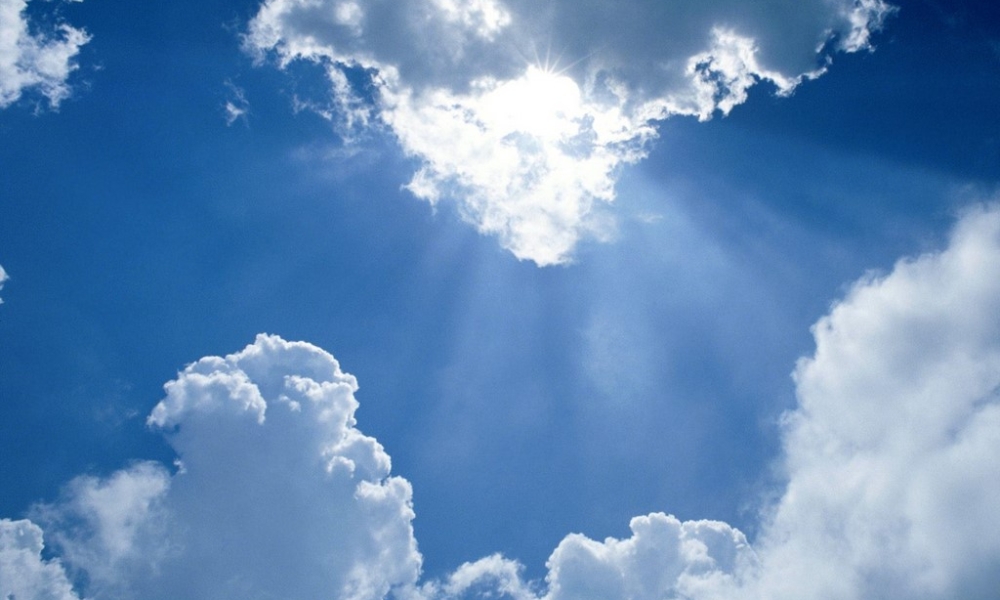 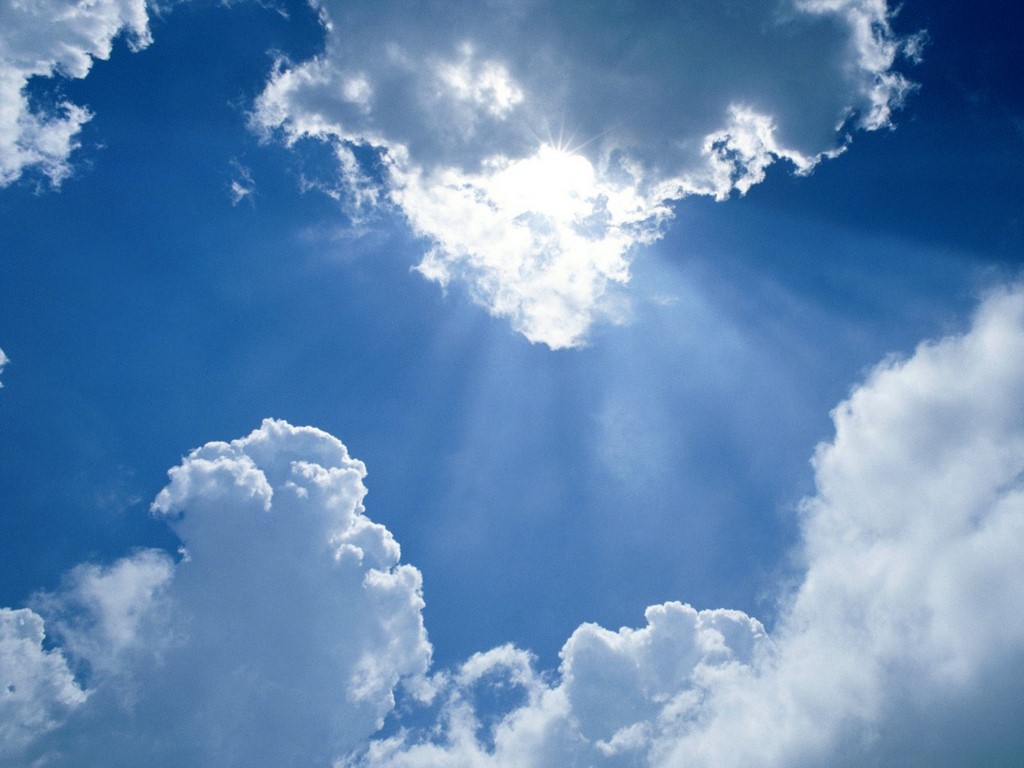 This weekend 20/20 ran a Barbara Walters special called Heaven: Where is it? How do we get there?

If you didn’t see it, you missed a sometimes interesting, sometimes cliche look into what heaven may or may not be liked as seen through the eyes of various spiritual authorities.

I was able to watch the show in its entirety and while it wasn’t particularly enlightening for my soul, I did learn a few things about heaven, what Americans think about the afterlife, and that Islamic heaven sounds like a lot of fun.

So, in no particular order, here are the 53 things I learned about heaven from Barbara Walters…

1. This life isn’t the real one, we were made for heaven.
Apparently, the creation account in Genesis wasn’t meant to be taken very seriously.

2. According to Melissa Etheridge, heaven is here on earth.
If that’s the case, then heaven seems a lot more like hell.

3. Most of us get out ideas about heaven from TV and the movies.
I couldn’t agree more.

5. Heaven is “an idea buried deep in the human heart, shared assumption that we are going somewhere.”
Next thing I know, Walters is going to be telling me we’re all made in the image of the same God or something. Liberals…

6. The early church believed all people are transformed into spiritual beings, or angels because we aren’t pure enough to enter heaven.
Barbara Walters needs a better church historian to do her fact checking for her because that’s what those of us in the historical theology world call “not true”.

7. Barbara Walters asks the same questions about heaven that a 5 year old would.
Not sure this is a bad thing necessarily. Maybe it speaks to the fact that heaven is one of our least complicated doctrines. It’s a nice place, everybody wants to go there, just give me directions and point me in the right way.

9. Jews are less focused on heaven than Christians and Muslims and more focused on life in the here and now.
Sounds like a good lesson for all of us to learn if you ask me.

10. Christians, Jews, and muslims are the only religions who have anything to say about heaven.
Obviously that’s not true, but most of the show felt that way.

11. Mormons think that one of their distinctives is that they will be judged on how they live their lives in order to get into heaven.
Silly Mormons.

12. Mormons understand the importance of church architecture in helping us think about God and heaven as we worship.
Another good lesson for the rest of us to learn.

13. Barbara Walters thinks that Joel Osteen’s church is Christianity at its most energetic.
She really needs to get out more.

14. 10 million people tune into Osteen a week on television, 43,000 go to his church every week.
And you thought your church was big.

15. Joel Osteen looks really, really uncomfortable when asked tough questions.
But that’s ok because, in the words of President Schwarzenegger in The Simpsons Movie, Joel “was elected to lead, not to read.”

16. According to Walters, “unlike most evangelical pastors, Osteen’s sermons are primarily good news”.
Ouch. Also, Walters and I have very different ideas about what constitutes the “good news” of the Christian faith.

17. Barbara Walters called Joel Osteen and wife are the “stars of the show” at Lakewood Church.
Barbara, I couldn’t have said it better myself.

19. Maria Shriver has been to way too many family funerals.
I really feel for that lady and her family.

21. The Dalai Lama laughed hard at Walter’s question “Are you a god?”
Good for him. I really like that guy. (In case you’re curious, he considers himself a teacher.)

23. According to the Dalai Lama, heaven is not the end goal, rather, it is a sort of passing through place.
Apparently somebody’s been reading some N.T. Wright

24. The Dalai Lama seems like a really, really nice guy; the kind of guy I imagine Jesus being.
Go figure. Did I mention I really like this guy?

25. The ultimate goal for Buddhist is to play in a grunge band with Kurt Cobain for eternity.
That’s what “the pursuit of nirvana” is, right?

26. The Dalai Lama is emphatic that he is “just a human, nothing special”.
Be honest, you’re beginning to really like this guy too.

27. Like Melissa Etheridge, Richard Gere has really lame views of heaven and hell – they are here and now.
As a rule, celebrities should really keep their opinions on things to themselves.

29. Barbara Walters got a failed Muslim suicide bomber to sit down with and answer questions from a Jewish woman.
I don’t care who you are, that’s fascinating and impressive journalistic skills.

30. The 72 virgin promise for jihadists doesn’t come from the Quran, but other texts which quote Muhammad.
You learn something new everyday.

31. In Islam, 72 means countless. Also, women probably get virgins too.
Like I said, you learn something new everyday. Although I am curious about where all these virgins are coming from. Comic-Con maybe?

32. Barabara Walters has big brass balls. She asked the aforementioned suicide bomber if he wanted her to go to hell.
She didn’t blink.

33. According to the atheist Walters interviewed, ” the burden of proof is always in the person who posits the faith”.
The irony, of course, is that claiming the unprovable (i.e. affirming the unprovable tenet of divine non-existence) is also an act of faith.

34. Apparently faith is just genetic expression if in fact there is such thing as “the god gene”. Although, the gene leads to faith in general, not necessarily faith in god.
I wonder if the god gene is cousins with the god particle?

35. Some scientists forget that their job is to explain “how” not “why”.
That’s a good science lesson for all of us to learn.

36. Listening to astronauts quote from Genesis as they looked over the earth from space for the first time gives me chills.
Apparently I have the god gene.

37. As many as 18 million Americans claim near death experiences.
I am not among those 18 million.

38. People’s heaven experiences sound suspiciously like the movies or a mitch album book.
Or is it the other way around???

39. According to one near death experience lady, pulling cats tails makes them happy in heaven.
If we are supposed to prepare for heaven now does that mean we should we start pulling cat’s tails?

40. Atheists or heaven skeptics in general are kill joys.
Seriously, how do you hate on heaven?

41. If I ever have a vision of heaven I need to write a book about it and put a picture of a little kid on the cover.
Or better yet puppies…or kittens…or puppies AND kittens!!! New York Times best seller list here I come!!

42. Best question from the entire show: Why come back from near death experience?
Seriously. If Mitch Albom is right, your loved ones will be there eventually anyway. Why give up the sex, food, and silk couches?!

44. Marilyn Manson is still around?
Who knew?

46. There are actually people living in hell today.
Literally, there are apartment complexes in modern day gehenna, the place Jesus refrenced as being like hell.

47. Also hell (aka modern day gehenna) has a rock climbing park.
Maybe hell’s not that bad after all?

48. Barbara Walters is not above using a clip from Bill and Ted’s Bogus Journey.
That’s what I call top notch journalism.

49. The first record of hell comes from Babylonians.
It was basically just hanging out underground. Not too bad if you ask me.

50. The first idea of torture in hell comes from Egyptians.
Damn Egyptians.

51. The Roman Catholic church has apparently abandoned the idea of limbo.
I assume that means the Pope just got tired of getting beat at limbo at the annual Vatican picnic.

Well, there you have it. Everything I learned about heaven from Barbara Walters. Did you catch the heavenly special? If so, was there anything else that you learned?