I have to be honest.

When my friend first showed me the website for The Great Cross Alliance I thought it was a parody. I mean, seriously, if someone showed you this picture and said a 3,000 ft long, nearly 2,000 ft wide, and almost 200 ft high cross was going to be built in the middle of the Nevada desert would you believe them?

Ok, it is America and it is Nevada and stranger things have happened out in that desert.

But what if I told you that same ginormous cross, which I assume/hope will be visible from space, would also be filled with dead people and marketed as a tourist attraction? Then you’d have to be like “Come on, Zack, you’re just messing with me.”

Ok, I give up. You’re right. This is American Christianity we’re talking about. This is not surprising at all. In fact, it was probably bound to happen eventually.

But, of course, before it does happen, this thing needs to be funded.

And for the low, low price of only $4,000 you can reserve a space for your future coffin in the giant cross of death!!

Or if you’ve got some extra change laying around in your couch cushions, you can get a primo spot right in the center of the cross for only $25,000!! 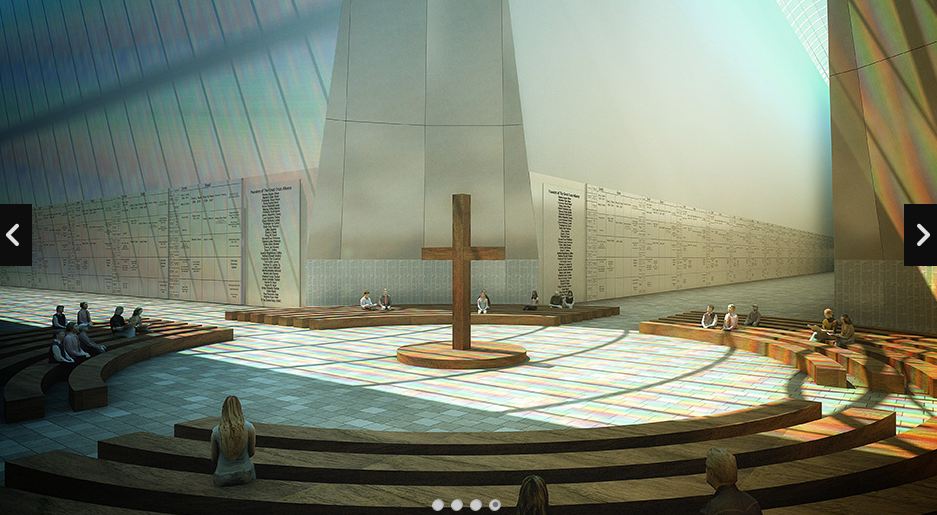 I know what you’re thinking.

“Zack, how can I get more information on this incredible opportunity??”

Don’t worry, there’s an informational video (below) and a FAQ section to answer all of your questions.

Well, not all of your questions. I couldn’t find FAQs for some of my more pressing questions like “Are you kidding me?” and “Why God, why?”

But, you know, they did put together a much better presentation than I would have assumed a person would who wanted to build a giant cross in the middle of the desert and stuff it full of dead people.

UPDATE: I switched out the video so you could hear the testimony from the people behind the project because it’s definitely worth listening it.

Believe it or not, you’re not going to hear me rant about how the money for this thing could or should go to the poor.

Do I think this particular project is a colossal waste of money?

But art and beauty are important, especially for people of faith. They inspire us in countless ways to do incredible things. It’s ok to spend money creating things that inspire or to preserve the beauty of nature. We can play the “that money could have gone to the poor” card all we want (and I do, a lot), but we (I) need to take the plank out of our (my) own eye (or should I say wallet?) first and recognize that there are plenty of non-essential things we enjoy that we spend lots of money on, money that could have gone to the poor.

It’s easy to throw stones at people who build monstrosities like this, but people of faith who spend money to create inspiring pieces of art or breathtaking architecture or whatever aren’t being hypocritical for doing so if they’re also finding ways to serve the least of these.

The world needs art and beauty and it take money to create and preserve those things.

So, if you’re answering the call to go and serve and you also wanna spend money on something you think will inspire others to “go and do likewise,” then I say go for it.

That being said, I think we can all agree that a giant concrete cross full of dead people in the middle of the desert is about as beautiful and inspiring as a velvet painting of Kim Jong Il and one of those sleestak creatures from Land of the Lost both grinning ear to ear.

But beauty is in the eye of the beholder….

….which is why I’m pretty sure the people behind this project must be blind.