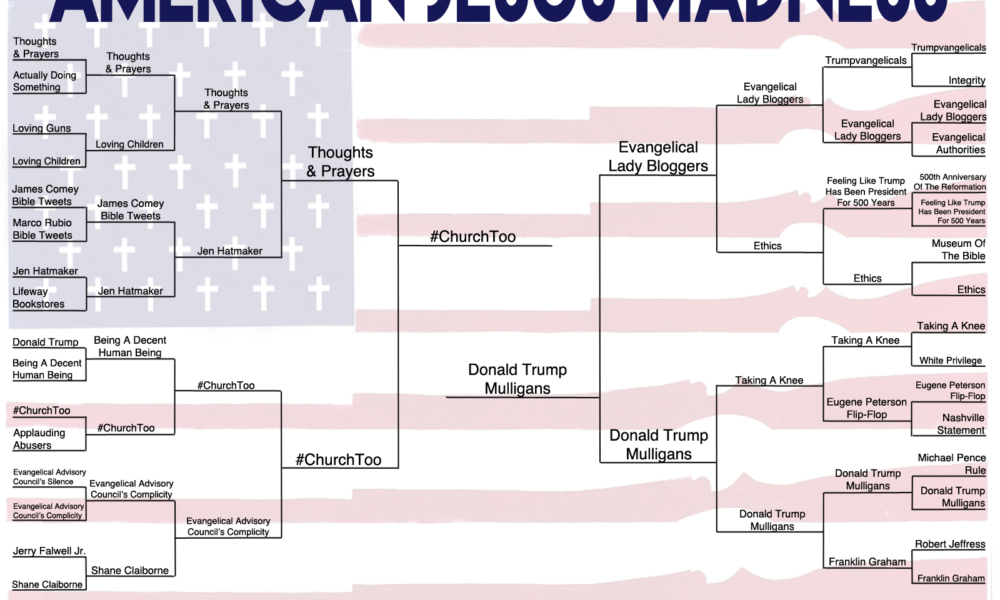 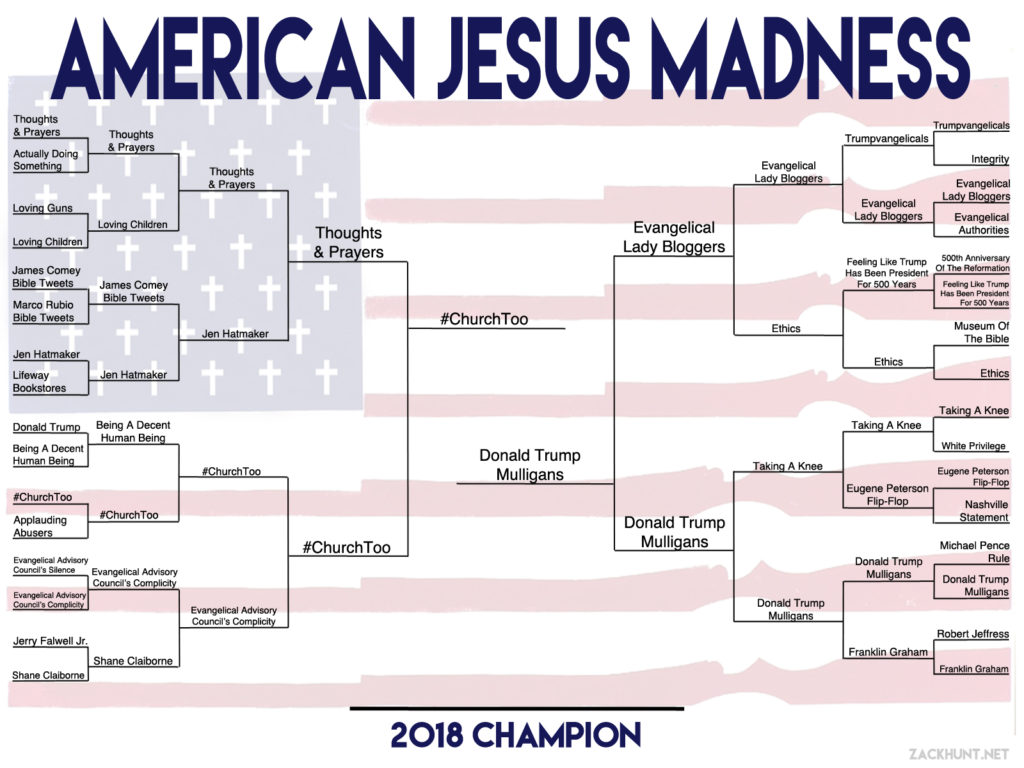 Welcome once again to the end of all things.

And with Donald Trump as president it might really be the end of all things before voting ends.

That’s because, well, obviously because he’s an unstable, impulsive crackpot but also because voting for the championship match will last through the weekend which gives him plenty of time to bomb North Korea or Australia or wherever Fox & Friends tells him to bomb.

But for reals, make sure you don’t miss that bit in the middle: POLLS FOR THE 2018 AMERICAN JESUS MADNESS CHAMPIONSHIP WILL REMAIN OPEN UNTIL SUNDAY, MARCH 25TH AT 10PM CDT.

As I do every year, voting results will be hidden to keep things interesting.

Voting is still unlimited, but unlike previous rounds you won’t know who’s ahead or who’s behind or by how much, so you’ll just have to keep on voting through the weekend as often as you can for whoever you want to win to make sure they do win.

But I’m not entirely cruel.

I’ll announce the winner of American Jesus Madness 2018 bright and early Monday morning at 8AM CDT.

But that’s forever away.

THE POLLS ARE NOW CLOSED. CHECK BACK TOMORROW MORNING TO FIND OUT WHO WAS CROWNED THE 2018 AMERICAN JESUS MADNESS CHAMPION!!!