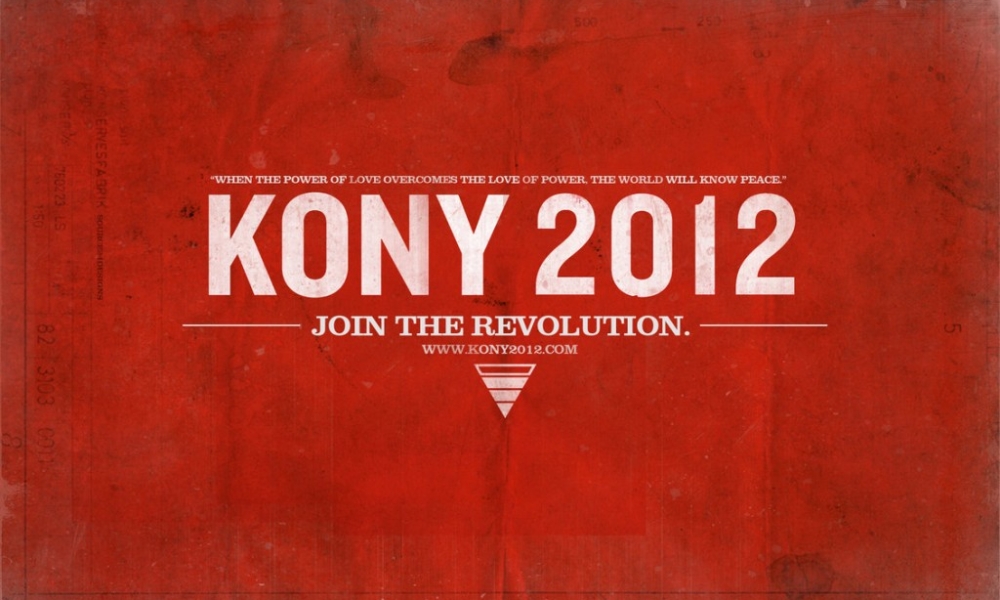 If you’ve been on Facebook or Twitter or simply turned on CNN sometime in the past few days, then chances are you’ve probably either watched Invisible Children‘s Kony 2012 video or at least heard about the campaign.

If you haven’t, it’s part of an effort to arrest Joseph Kony, the International Criminal Court’s most wanted man. Kony is the leader of the Lord’s Resistence Army and the purputrator of unspeakable crimes against children and their families.

As noble as this campaign appears to be, it has received a considerable amount of criticism since it exploded across the internet. This isn’t a post, however, about either that criticism or the virtues of trying to bring one of the world’s most vile people to justice.

Instead, I want to look at what the incredible popularity surrounding this campaign says about 21st century social activism, particularly when it involves those of us in the Christian faith. Obviously, people of all stripes, both religious and non-religious, have jumped on board this campaign, but if Facebook is any indicator it seems to have struck a particular chord among those inside the church.

After a few days of trying to process both the criticism and praise directed towards Invisible Children‘s campaign the dust has begun to settle in my mind and I’ve noticed a few things, both good and not so good about our collective response.

You may not have noticed the same things that I have or you may completely disagree with my observations, but these are some of things that, for me, the response to Kony 2012 reveals about 21st century social activism, particularly in the church.

1. Social media is a fast and powerful tool

This goes without saying and it doesn’t take a genius to realize it. However, the speed at which this campaign has spread (26 million+ YouTube views in 48 hours) and the reach the campaign has found (from celebrities to global news coverage) should be an incredible reminder to all of us of how powerful social media can be, both for good and evil. Great good can be accomplished when social media creates awareness about important issues or raises support for people in need. Great evil can occur when it is used as a weapon to bully others. Kony 2012 should remind us how very careful we must be with this powerful tool.

Most of us like to think of ourselves as informed people (I know I do), but I think social media demonstrates that most of us are more gullible than we are informed. I don’t mean that necessarily in a bad way. Rather, we all seem to give intrinsic authority to what we read or watch online even though we know we shouldn’t. If we follow a link to a slick video or a professional looking website, more often than not, we accept what we find as true, especially if it is our first time encountering the given topic. We can pretend that this isn’t the case, but how else do we explain the speed at which celebrity death rumors spread on Twitter of videos like Kony 2012 spread across Facebook? We wouldn’t share these things if we knew they weren’t true. We share or retweet these things because we assume they are true before we ever look into the validity of the claim (if we ever do). In short, we react more often with our gut than we do with our brains, believing whatever we want to believe. This isn’t healthy or helpful.

3. We are a passionate generation

When I saw “we”, I mean the current 18-35 year old generation of which I am a part. Things go viral or get popular because we’re passionate about what we love. Whether those things we love are music, activism, books, movies, food, or video games the success or failure of these things rest of how well they tap into our passion. We don’t have the sort of singular challenge of the World War II or Civil Rights generations, so in looking for purpose in life we pour out our passions wherever and whenever we find the opportunity. Something like Kony 2012 taps in perfectly to this desire for purpose and meaning which is exactly why it exploded across the web.

4. Our passion extends only to the effort it takes to watch a video or retweet something

We may be brimming with passion, but more often than not that passion fizzles out quickly. I hate to say it, but I have a pretty strong feeling that Kony 2012 will pass out of our collective consciousness very soon. Perhaps not as quickly as it arrived, but within a few months something else we deem important and urgent will come around, distract us, and Kony 2012 will become “so yesterday”. It happened with Haiti and Japan. It will happen again. This is because, for the most part, our passion isn’t nearly as deep as we pretend that it is. We’re eager to click away at buttons on the internet, but turning that passion into a lasting way of life in the real world is something else all together. More on that in a minute…

5. We are beginning to understand the practical implications of the gospel

For our parent’s generation, spreading the gospel was almost exclusively defined by making converts. For my generation, the growing focus seems to be on social justice, or how we are meet the physical and practical needs of those around us. This usually isn’t done in exclusion to the gospel, rather it is the gospel that spurs this very Christ-like concern for the poor, the oppressed, and the persecuted. We’re learning, or perhaps remembering, that the gospel speaks to both body and soul.

6. Boundaries and borders are no longer relevant

The internet has torn down the cultural boundaries and geographical borders that once divided us. With nothing more than a smartphone we can instantly be in communication with anyone, anywhere on the planet and know almost anything there is it know in the world. Without resources like the internet and social media, atrocities like those in Northern Uganda would go completely unnoticed for most of us. With this incredible interconnectedness we are able to more easily answer Jesus’ call to go to the very ends of the earth. Of course, with these incredible resources comes equally incredible responsibilities. Strangers on the other side of the world are now are neighbors, and despite what you might have heard, we are our brother’s keeper.

7. Jesus is less relevant to our gospel

Or at least we don’t seem to know how to include him in our evangelistic efforts. As traditional boundaries and borders are broken down and multicultural communities become the norm, rather than the exception we are faced with people who not only don’t know the name of Jesus, but who are often not interested in the gospel we have to share. So, in response many of us simply put Jesus on the back burner for fear of offending others. However, if Christ-ian is going to be our defining identity, then we will have to find new and creative ways to keep Christ at the center of all that we do. Without Christ our good deeds lack the transformative power necessary for us to achieve our lofty goal of changing the world.

8. We like our theology to fit on a bumper sticker

We don’t like to think a lot. It gets in the way of playing Angry Birds. We prefer soundbites. We want everything to be simple and easy to digest, which is why we ignore so many other global issues. We don’t want to deal with the messiness of complex global problems. It’s easier to pretend that everything can be solved with simple solutions. Which is why a 30-minute video about a nearly 30 year old atrocity is so appealing. And when I say “theology” I’m not simply talking about its abstract, intellectual side. If that’s all theology was, then perhaps fitting it on a bumper sticker or poster would be ok, but theology is meant to lead to a particular way of life. When our faith is reduced to nothing more than a Facebook share or colored bracelet, it’s not faith at all. It’s simply a nice thought that requires no action. Which leads to number 9….

We’re willing to put up a poster, wear a bracelet, or maybe donate money to a cause, but we’re not so interested in changing our way of life. For example, we’ll decry the violence in Northern Uganda until we’re blue in the face, but few of us are willing to abandon using our cell phones whose raw materials lead to so much violence in the region. Or we’ll protest the pathetic wages of workers in Southeast Asia, but most of us refuse to give up the technological devices those expoilted workers create. If we genuinely cared as much as we claim tocare on Facebook, we would make serious, long lasting changes. Instead, the most any of us seem willing to give up is 30 hours of food or perhaps 40 days without a soda. Not exactly the Christlike self sacrifice we preach about and definitely not the sort of action that will cause any real change in the world. In other words, we’re full of it. However….

10. If we can learn how to be authentically Christian in a complex world, we might actually change the world

It’s easy to be critical and pessimistic about my generation, but what if we actually do figure out a way to live out our incredible potiential and seize the unprecedented opportunities we have for sharing the kingdom of God with the world?

What would happen if we found a cause we’re passionate about and stuck to it for years, rather than a few weeks? What would happen if our efforts to, say, feed the hungry meant we actually went down to a soup kitchen and fed people rather than simply tweeting statistics about famine? What would happen if “Christian” wasn’t simply a part of our Facebook profile or a collection of things we “liked” on our timeline, but a particular way of life in which we constantly seek out tangible ways to serve others in the real world?

I think if we can begin to see the power of the internet and social media as simply a stepping stone to real action, then we may just do exactly what the producers of Kony 2012 hope to do. We may just change the course of human history forever.

Well, that’s what’s been rolling around in my head over the weekend, but what do you think about all of this?

What am I missing?

Is putting up a poster or “liking” a video on Facebook all that’s required for “changing the world” in the 21st century or can we do more?